U.S. hegemony in Latin America is in doubt 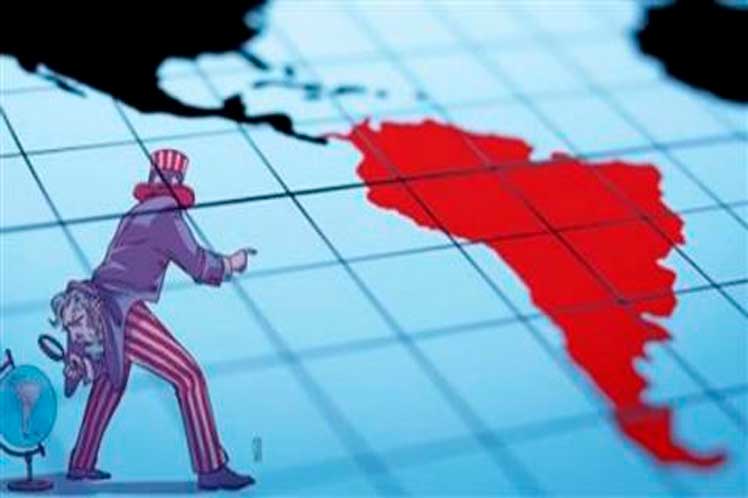 U.S. hegemony in Latin America is in doubt

In a report published on the https://original.antiwar.com website, “Challenging Hegemony in Latin America”, the expert pointed out that Washington never concealed its intention to exercise hegemony over the hemisphere, set up a fence and tried to prohibit the passage of other countries and abrogated the right to intervene in the internal affairs of nations in the region.

That doctrine is now in question, he said, and the isolation of Cuba and Venezuela, for so long a centerpiece of U.S. hegemony, is being challenged, he stressed.

Snider addressed the policy of other Latin American nations toward Cuba and Venezuela to strengthen relations with what he called rebel nations.

U.S. hegemony in Latin America is also being challenged by the emerging multipolar world. China has surpassed the United States as South America’s largest trading partner, said Snider, who writes on the analysis of patterns in U.S. foreign policy and history.

Snider highlighted the fact that Mexico is leading a challenge to U.S. hegemony in the Americas, which could soon be joined by Brazil and Colombia, promising, he said, a strategically important triumvirate.

A challenge led by these three nations, and joined by Bolivia, Honduras, Chile, Argentina, Cuba, Venezuela, Nicaragua and others, he stressed, could be a formidable challenge to Washington’s hegemony in the Western Hemisphere.