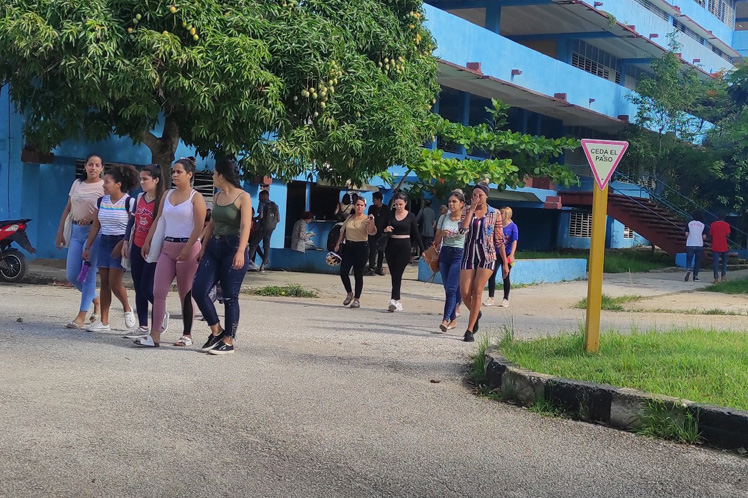 Camagüey, Cuba, Jun 15 (Prensa Latina) Dissimilar criteria arouse the claims by the students at the University of Camagüey, in the face of energy problems that Cuba is facing a present; however, the institution is calmed.

In statements to Prensa Latina, the president of the University Student Federation (FEU), Laura Bacallao, provided details about what happened on the evening of June 14, “when a breakdown damaged one of the circuits and left the dorm facilities without electricity and without the possibility of pumping water.”

The rally at the Agramonte headquarters caused several students to express their discontent “with a problem that the entire country is suffering today; however, there is a lot of manipulation to show that there is no response from the management,” the FEU leader and student of Journalism said.

In the last few weeks, most of Cuba has had serious problems with the power supply “and this is no secret, so right away First Deputy Rector Julio Madera appeared before the students, since our rector is abroad on matters of work,” he added.

Between 7:00 p.m. and 8:00 p.m., local time, the board of directors of the University exchanged criteria with students.

“And a series of proposals were raised, such as the quality of life and issues that can be improved, and there is a great plurality of criteria, there are even monthly spaces where the FEU presidents of all 10 faculties and the person in charge of the student residence raise their problems to the rectorate,” Bacallao noted.

Precisely, according to the interview, “the preparations for the X Congress Assembly are ready to seek solutions beyond the organization.”

Lorena Barbara Puig, a second-year law student, assured that although a chaotic situation is being presented, it is not so “because we have even had criteria from students from other provinces and they say that the food here, for example, is better than in other places.”

The first university founded by the Cuban Revolution in 1967 is in the holding the Taino Sports Games, “where I can assure you that efforts have been made to improve nutrition, although we already know that it is impossible to comply with all the current demands,” Bacallao concluded.