Pope Francis calls to think about the Ukrainian conflict´s roots 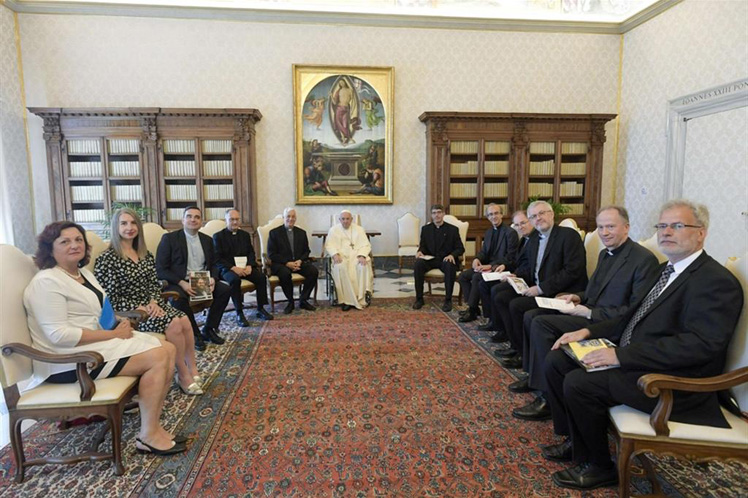 Pope Francis calls to think about the Ukrainian conflict´s roots

Rome, Jun 15 (Prensa Latina) Pope Francis called to think about the roots and interests related to the conflict in Ukraine "which are very complex", criteria that arouse interest in Italy after its disclosure by local media.

The Supreme Pontiff affirmed in a dialogue whose content was published in the 4128 issue of La Civiltà Cattolica, that it is dangerous “that we do not see all the drama that is unfolding behind this war, which perhaps in some way was provoked or not prevented”.

In that contact with editors of European Jesuit magazines, which took place on May 19, the Holy Father recounted his conversation with a head of State months before the beginning of the Russian military operation in Ukraine, who anticipated the possibility of the same given the pressures against Moscow.

That political leader was very concerned about how the North Atlantic Treaty Organization (NATO) was moving, and expressed that “they are barking at Russia’s door,” the Pope recounted.

The bishop of the Catholic Church said that “what we have before our eyes is a situation of world war, global interests, arms sales and geopolitical appropriation.”

“It is very sad, but basically this is what is at stake” and explained that “I am simply against reducing complexity to the distinction between good and evil, without thinking about the roots and interests.”

“We see what is happening now in Ukraine in this way because it is closer to us and touches our sensibility more, but there are other countries far away, think of some areas in Africa, in northern Nigeria, in northern Congo, where the war continues and nobody cares.”

“Think of Rwanda 25 years ago. Think of Myanmar and the Rohingya.”

“The world is at war. A few years ago it occurred to me to say that we are living World War III in pieces. Here, for me today World War III has been declared,” he added.