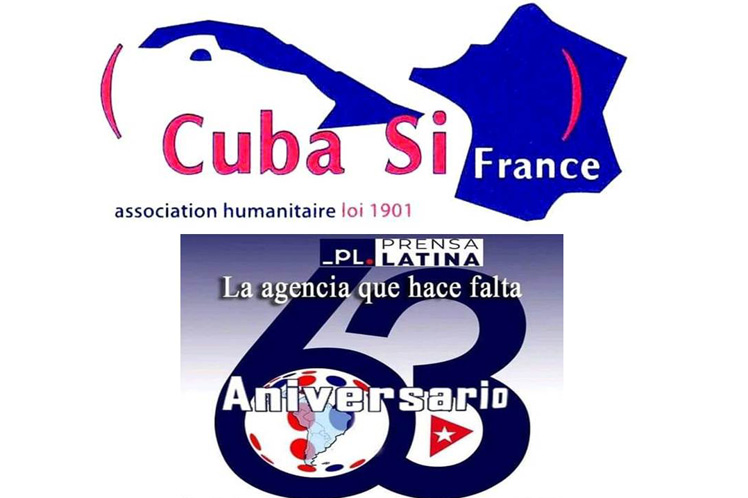 “We congratulate Prensa Latina on this anniversary, and above all we are grateful for its existence. In Europe we are victims of big media monopolies and even censorship. A single vision of the world is imposed on us, that of devastating liberalism and capitalism,” the organization stressed in a message.

It also highlighted the role of media outlets such as Prensa Latina, a news agency founded on June 16, 1959, by Fidel Castro and Ernesto Che Guevara to challenge what it described as a form of stealthy misinformation dictatorship, which wreaks havoc on people’s conscience.

According to Cuba Si France, an association with more than three decades of solidarity work and support for Cuba, Prensa Latina emerged at the height of the revolutionary effervescence to report on Cuban and Latin American reality.

It was necessary to give the world a different vision from the one reflected by big media monopolies, to prepare for a different kind of war, and Fidel understood this very early on, the group said.

The French organization celebrated the development of Prensa Latina into a news agency of global reach, with a solid structure and the use of modern information supports that can compete with the big media of its kind at the international level.

That is why today we are grateful for its serious and undistorted alternative proposal and the possibility of reading, watching, listening and understanding the Latin American and global reality, it stressed.

We respectfully salute the revolutionary work of Prensa Latina, and we wish it a long and beautiful life, Cuba Si France added.