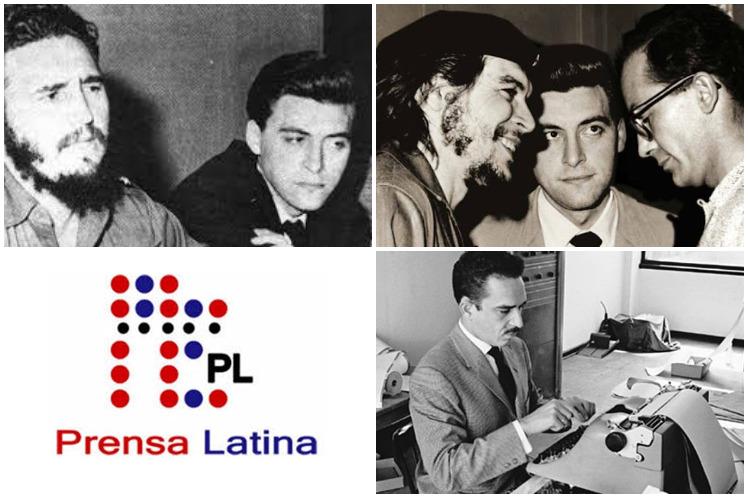 Bogota, Jun 16 (Prensa Latina) The Colombian Solidarity with Cuba Movement on Thursday congratulated Prensa Latina news agency on its 63rd anniversary, whose work is to report the reality of peoples.

“We congratulate Prensa Latina from Colombia, a news agency that, on its 63rd anniversary, despite hardships, continues to report the truth to the world, faithful to the principles of its founders, Fidel Castro, Ernesto Che Guevara and Ricardo Massetti,” it noted.

It stressed that today, when the peoples of Latin America and other continents “are subject to news monopolies, fake news, manipulations and media wars, the work of this agency is more necessary.”

From several parts of the world, Prensa Latina “faces great challenges with a serious, respectful work committed to truth amid a war waged against us,” it stressed.

This solidarity movement recalled the words of Historic Leader of Cuban Revolution Fidel Castro, in a speech delivered at the closing ceremony of the 6th Congress of the Union of Journalists of Cuba, held at the Havana International Conference Center, on December 24, 1993, in Havana:

“I see a force of enormous, decisive importance in the press; it is truly decisive in this fight were are waging, in which everything is at stake,” it quoted.

“Not only our work is at stake, the work of all the preceeding generations is at stake, too, and we are defending the heritage of those who will come after us. This should be our approach,” Fidel Castro said.

The Colombian Solidarity with Cuba Movement thanked the office of Prensa Latina in this South American nation that, for many years, “has been a necessary source of information for peace building.”

Caricom announces virtual forum for 50 years of cooperation with Cuba

Caricom announces virtual forum for 50 years of cooperation with Cuba