Macron says he will maintain dialogue with Putin 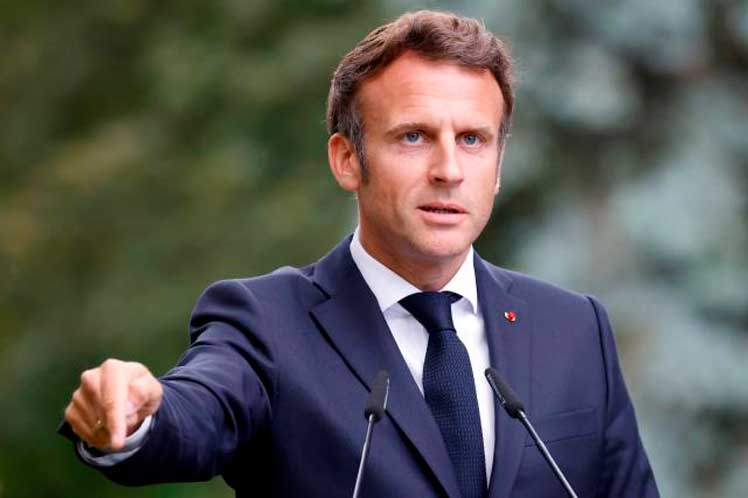 Macron says he will maintain dialogue with Putin

“I will do it whenever it is useful, because (Putin and Zelensky) do not dialogue,” he said, one day after his visit to Kiev together with the Chancellor of Germany, Olaf Scholz, the Prime Minister of Italy, Mario Draghi, and the President of Romania, Klaus Iohannis.

In an interview with the BFM TV channel, Macron specified that his multiple telephone discussions with Putin have always focused on the search for a path to peace, but without assuming the place that corresponds to the Ukrainians.

During his tour of Eastern Europe, which also took him to Romania and Moldova, Macron defended the dialogue with Moscow, although at the same time he promised more weapons to Kiev and called for its victory in the military conflict that began last 24 February with Russia’s special military operation.

He also denounced Ukraine’s subordination to the interests of the West, and especially the United States, in extending NATO’s presence in Eastern Europe.

On his journey, Macron defended a ceasefire in the conflict and the resumption of talks with Russia, however, he ratified his alignment with the hostile position of the West against Moscow.

Regarding Ukraine’s demand of joining the European Union, Macron told BFM TV that “the road will be long, but with a sign of hope.” “(Ukraine) could not normally be a candidate, but we are doing it because of the war,” said the president, who also cited an alleged “message addressed to Russia” with that step.