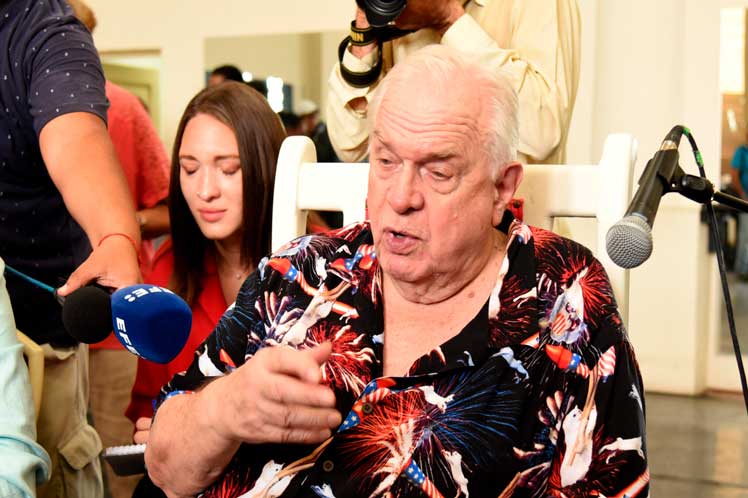 The shows dedicated to the artistic director of the Texas Ballet Theater, who was granted the Order of the British Empire, also commemorate the 120 years of the diplomatic relations between the United Kingdom and Cuba, and the Platinum Jubilee of Her Majesty Elizabeth II, sovereign of 15 independent states.

During the opening ceremony of the tribute to the English choreographer, BNC director Viengsay Valdes recalled Stevenson’s links with relevant figures such as Alicia Markova, Margot Fonteyn, Anton Dolin and Frederick Ashton, as well as Alicia Alonso, Loipa Araujo and Carlos Acosta.

The performances, scheduled for June 17, 18 and 19, include works by Stevenson: “Tres preludios,” “Esmeralda pas de deux” and “Mozart Requiem” and, in this second week, it also includes the ballet “Imago,” by Cuban choreographer Ely Regina Hernandez.

According to Valdes, to create that work, she started from the piece “Dueto” (Duet), premiered in 2015, to which she made changes with respect to the original version, choreographic transformations and incorporated the physical potential of the performers.

The performances feature the accompaniment and talent of the Alicia Alonso Symphony Orchestra at the Gran Teatro de La Habana, directed by Yhovani Duarte, and the choir of the National Lyric Theater, directed by Denisse Falcon.