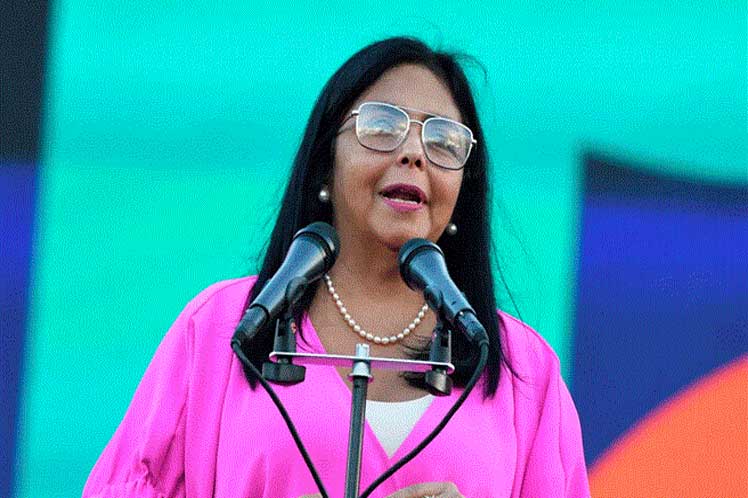 Since February 24, every sanction is a boomerang sanction against the US people, against the peoples of Europe, said the high official of the South American nation.

According to Rodriguez, as much as there is the European plan to replace two-thirds of Russia’s gas until 2027, Moscow has other markets to sell to. “But who is going to run out of supplies? That’s why I call sanctions a boomerang,” he commented.

In her opinion, Western countries are creating difficulties for themselves, while the Russian economy is ready to consolidate production processes and strengthen its national currency, TASS news agency reported.

“At first the ruble suffered, but now the ruble is absolutely strengthened by the policies that have been implemented,” he said.

This Friday, the Venezuelan Vice-President met in St. Petersburg with the Russian Foreign Minister, Sergey Lavrov, who conveyed the greetings of the Russian President, Vladimir Putin, to his counterpart, Nicolas Maduro.

Lavrov emphasized the special symbolic significance for Russia of the fact that Carlos Faría, who was for a long time the country’s ambassador in Moscow, was appointed Venezuela’s foreign minister.

The Venezuelan high official underlined the need to tighten channels between Caracas and Moscow in order to get rid of the dollar hegemony.

In this sense, she pointed out that the world economy is changing, while the dollar dictatorship is disappearing.