Follow-up on energy situation is a priority in Cuba 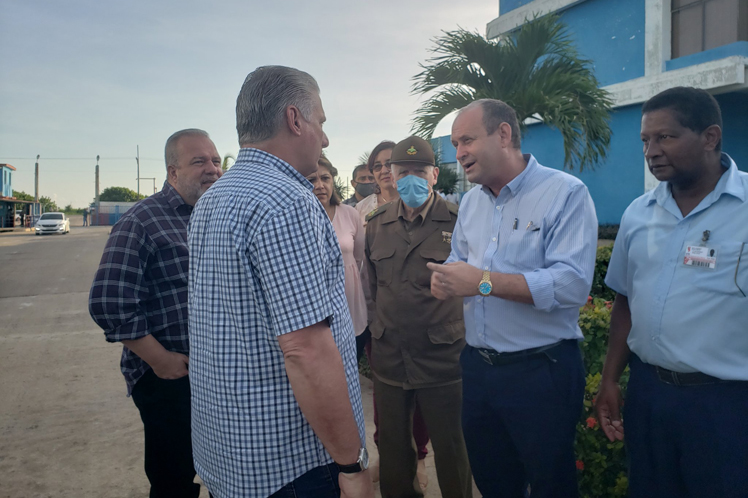 Follow-up on energy situation is a priority in Cuba

Havana, Jun 18 (Prensa Latina) Monitoring the energy situation in Cuba is a priority for the Communist Party and the Government and is confirmed by the systematic tours of the country's thermoelectric power plants (CTE) by the top leadership.

The issue has made headlines in Cuba during the week that concludes on Saturday, when President Miguel Diaz-Canel toured the CTEs Ernesto Guevara, in Santa Cruz del Norte, in the province of Mayabeque, and Antonio Guiteras, in Matanzas.

On Friday, the president learned about the situation at the the CTE Diez de Octubre, in Nuevitas, Camagüey province.

In repeated visits to such facilities and accompanied by the top national and territorial authorities, Diaz-Canel learned about the operation and real contributions from these plants to the national electricity system.

During a recent radio and television appearance, the president confirmed that the commitment is to work and deliver results and seek a more stable situation during the summer.

He acknowledged the tremendous effort to report on the blackouts and assured that wherever there is an information problem in this regard, there is a weakness in the work, although he noted that there are blackouts that arise without the possibility of forecasting.

The president referred that among the causes of the current situation are the lack of financing for investments and maintenance of generating plants and the purchase of fuel, due to the impact of the Covid-19 pandemic and the tightening of the United States blockade.

In relation to this issue, he noted that alternatives are being sought to break this unilateral policy that hinders recovery.

He highlighted the work of the thermoelectric plants’ workers and their sacrifice, dedication and innovation, as well as those who negotiate access to fuel, spare parts and supplies to recover generation capacities.

The head of state explained that the country will overcome the current electricity generation crisis because there is a commitment to work and deliver results and guarantee a more stable situation in the system for the summer.