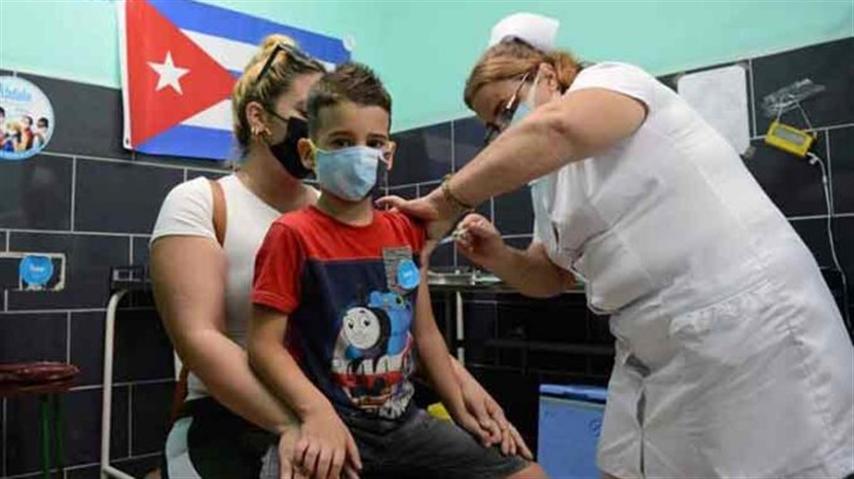 Washington, Jun 18 (Prensa Latina) The Washington Post on Saturday described Cuba as a pioneer in child immunization against Covid-19 with its own homegrown vaccines, an achievement made months ago.

The article compares this result with the fact that now the United States finally authorized vaccination for children under five years of age.

The text highlights Cuban scientists’ work in the creation of vaccines used in the pediatric population, such as Vicente Verez, general director of the Finlay Vaccines Institute, who was part of the team that developed the Soberana line of vaccines against Covid-19, which has been administered to adults and children. Cubans were not privy to the gazillion dollars some of multinational companies received to create solutions to confront the SARS-CoV-2 coronavirus, Maria Elena Bottazzi, co-director of the Center for Vaccine Development at Texas Children’s Hospital, said.

For Cuba, the obstacles were titanic, the Washington Post underlined in its article, where it mentions the US Government’s coercive measures as one of the problems that Cuba had to overcome to achieve the success of its vaccines.

Much of the state-of-the-art equipment and supplies for pharmaceutical products come from the United States or Europe, and Cuba tried to circumvent the blockade with purchases through third countries.

We constantly have to change intermediaries to prevent US authorities from detecting them and canceling our purchases, Gerardo Guillen, director of biomedical research at the Center for Genetic Engineering and Biotechnology in Havana, told the Washington Post.

In addition, the publication noted the scientific success achieved as a result of the vision of the historic leader of the Cuban Revolution, Fidel Castro, who invested in the development of the biotechnology industry and in the training of professionals.

Years of work on children’s vaccines turned out to be an advantage for Cuban scientists, the newspaper noted, pointing out that the Moderna and Pfizer-BioNTech vaccines used new technology while the Cuban vaccines relied on a more traditional approach.

Cuba’s vaccines used in minors (Soberana 02, Soberana Plus and Abdala) are conjugated formulations of subunits, which include harmless parts of a virus to stimulate the immune system to produce antibodies.

Last September, Cuba launched the first mass childhood vaccination campaign against Covid-19 in the world, aimed at 1.7 million young people between the ages of 2 and 18 with a three-dose schedule.

With cases plummeting in recent weeks and after almost three weeks without reporting deaths from the disease, Cuban authorities have eliminated the mandatory use of face masks, a decision achieved largely thanks to the success of vaccination.