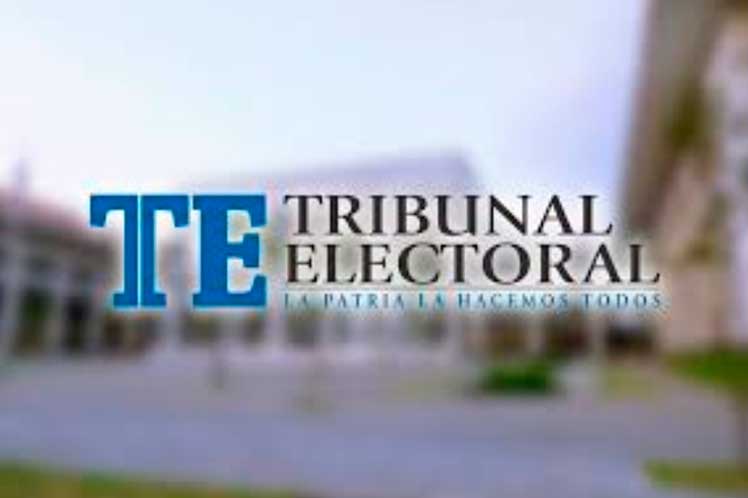 According to the report of the Electoral Court published in several media, the norms apply to candidates to freely nominated positions of popular election and those who do it in representation of the parties.

Those aspiring to the Presidency will have a maximum financing of 10 million dollars and in the case of the primaries of the political organizations and for the process of collection of signatures of independent candidates, it will be up to 3.3 million dollars.

In addition, the EC fixed in 300 thousand dollars the money that the candidates for deputy positions may receive in their campaign, and of these, 90 000 dollars may be dedicated to electoral propaganda, a similar amount for all, regardless of the circuit they represent and their size.

During the general campaign, no private money may be destined to the payment of propaganda for the presidential race.

The funds for paid advertising must come from public financing, specified the highest electoral body.

The reforms to the Panamanian Electoral Code have been questioned by legislators, analysts and leaders of social organizations who consider that they put at a disadvantage the free nomination candidates.

Former foreign minister and political analyst, Jorge Ritter, told TVN news channel that, according to the new rules, the registration time for the so-called independents has been drastically cut and the necessary collection of signatures to endorse their candidacy has become significantly more expensive.

The reforms created a nomination period that began on June 1 and expires next July 31, when previously, the process could be done a year before the call for the electoral process and up to December 31 of the year prior to the general elections, he said.

Changes were also introduced in relation to the distribution of pre-electoral public financing. While independents will have seven percent, parties will have 93 percent. In this sense, the researchers hold the National Assembly (parliament) responsible for the “scandalous inequalities”, as they are the competent ones to reform the Electoral Code.

On May 5, 2024, Panamanians will decide at the polls for the main authorities of the country: president and vice-president of the Republic, 20 deputies to the Central American Parliament (Parlacen) and 71 deputies to the National Assembly (Parliament).