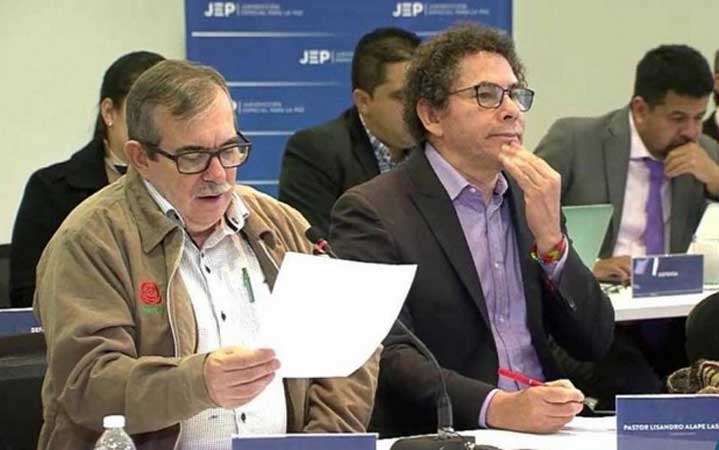 “Our desire is to repair the damage caused. I still hope that one day I will be covered by the liberating blanket of forgiveness of the victims, their families and Colombian society,” Londoño said.

According to the Special Jurisdiction for Peace, the findings of the investigation indicate that the kidnapping orders were generally aimed at people from all social strata and in practice did not distinguish territories, gender conditions, age or special vulnerability.

The treatment given to the hostages was at the discretion of the guard and the commander on duty, and victims have reported serious cases of torture, cruel treatment, sexual violence and forced displacement during the kidnapping.

In Case 01, the former Secretariat of the FARC-EP was accused of giving the orders that resulted in crimes against humanity of serious deprivation of liberty and war crimes of taking hostages, and for the resulting murders and forced disappearances.

But he was also charged with command responsibility for other crimes against humanity and war committed by his subordinates during the kidnappings, such as torture, cruel treatment, sexual violence, forced displacement and slavery.