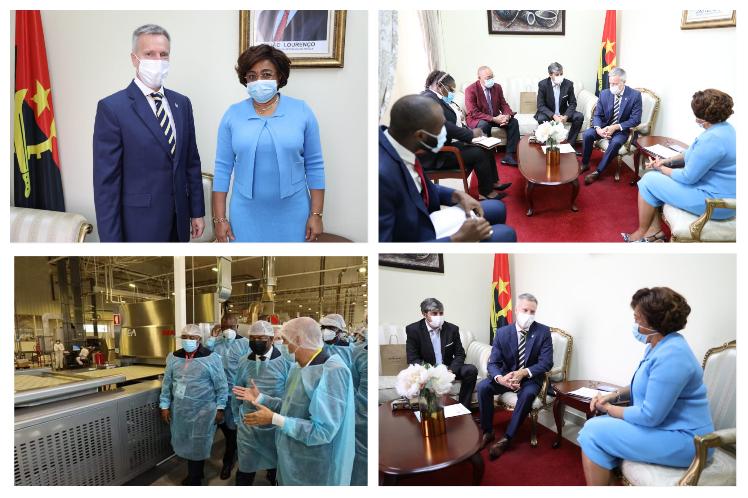 In a press release, the agency said that the talks were headed by the Secretary of State for Foreign Affairs, Esmeralda Mendonça, and the ambassador in Luanda of that South American country, Alejandro Verdier.

Both personalities also examined other matters of common interest, with special emphasis on the framework of strengthening collaboration in the most varied spheres, the source said.

In a courtesy gesture, Verdier offered to the Mirex representative chocolates produced in Angola by the Argentinean factory Dulceria Nacional, inaugurated last June 9 by President João Lourenço, in the industrial pole of Viana, in the province of Luanda. From Argentina came the recipe used here to make the Bon-O-Bon brand assortments, which already have foreign markets, such as South Africa, Mozambique, Congo and the Democratic Republic of Congo, the report added.

In addition to chocolates, the plant produces cookies and candies, among other items, after a manufacturing investment of 45 million dollars.

Officially, the text said, Angola and Argentina established political-diplomatic ties on August 27, 1985, a date that marked the beginning of a fluid institutional relationship with visible benefits for both countries.

In general terms, the Foreign Ministry said, relations between the two countries are considered dynamic and diversified.

Vietnam will advance faster than others in Asia, says economist

Vietnam will advance faster than others in Asia, says economist