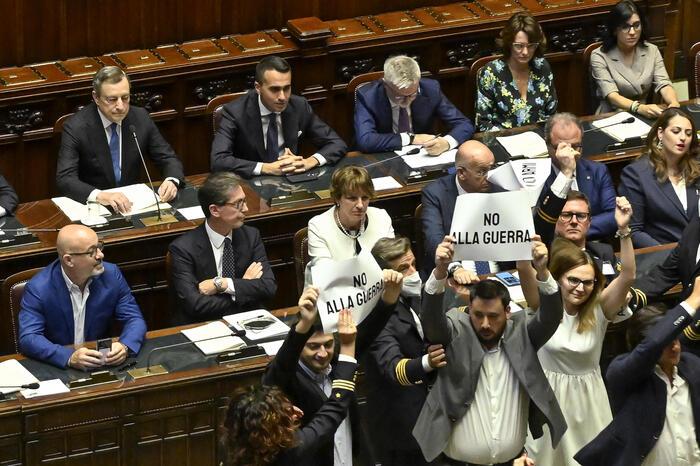 A parliamentary spokesman announced that in his speech before the legislators, the president of the Italian Council of Ministers emphasized the position he presented on Tuesday at the Senate, which supports Ukrainian institutions, including the shipment of weapons.

Italy will continue to support the war supply to Kiev and the measures against Moscow, considering that such pressure will make the Kremlin sit at the negotiating table, a position that is not shared by two of the main forces of the government coalition.

The 5 Star Movement (M5S), led by Giuseppe Conte, as well as La Liga, led by Matteo Salvini, among other parties, consider that sending more weapons to Ukraine would lengthen the conflict and distance the possibility of a peace agreement.

The M5S presented a draft resolution on June 19, in which it explained this and proposed to the government to change that policy, which was opposed by the Minister of Foreign Affairs, Luigi Di Maio, one of the founders of the movement, who then announced his departure from it.

After Draghi concluded his speech at the Lower House, according to various sources, several legislators from the Popular Alternative party carried banners with the slogans “Stop sending weapons” and “No to war.”

The prime minister pointed out that at the EC forum, slated for Thursday and Friday, the leaders of the member countries of the European Union (EU) will assess the effect of the actions implemented by this bloc to support Kiev in its military confrontation with Russia.