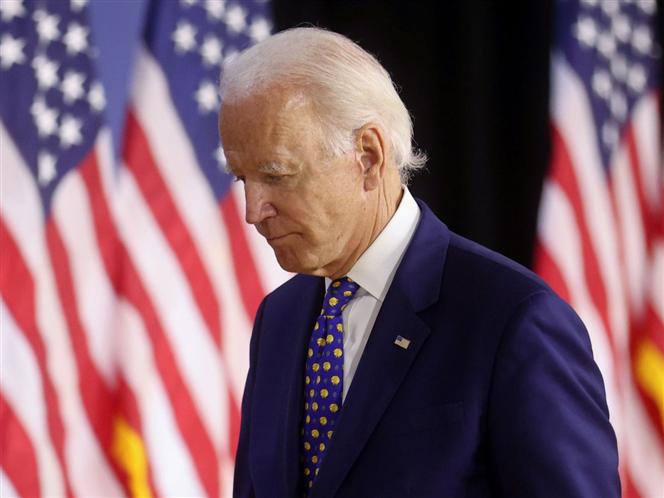 Washington, Jun 22 (Prensa Latina) Even though for some Joe Biden´s 2024 reelection will utterly depend on his results serving as president of the United States and also on questions about his age, a fact of life that´s causing uneasy Democrats to access whether he can realistically run for coming 2024 elections, when he will be 81 years old.
Share on facebook
Share on twitter
Share on whatsapp
Share on telegram
Share on email

Conversations that were once whispered in private are spilling out into the public amid angst over a potential drubbing for the party in this fall’s midterm elections and existential questions about its future two years later.

Joe Biden’s approval ratings have not recovered froma swoon late last summer, inflation is skyrocketing and worries are growing about a recession, The Hill reported.

Such a scenario has left some Democrats questioning out loud whether the Blue Party needs a different and younger leader in the next presidential race.

“This is the man who won the primary, he won it decisively, he won the White House decisively, and he’s dealing with problems that are enormous, mainly that he inherited,” he said. “The chatter about his age is not at all helpful when we’ve got major problems to deal with.”

Democratic strategist Brad Bannon said age should be irrelevant in a discussion on Biden’s presidency.

“Presidents should be evaluated on performance, not on age,” he stated. “He deserves more time to fix the country before he makes a decision on running in 2024. If the situation isn’t any better a year from now, then he should seriously consider his plans to run for reelection. Any decision now would be way too premature.”

GOPers have made it clear it will make Joe Biden’s age a line of attack, even though its own leading contender for the White House, Trump, just turned 76.