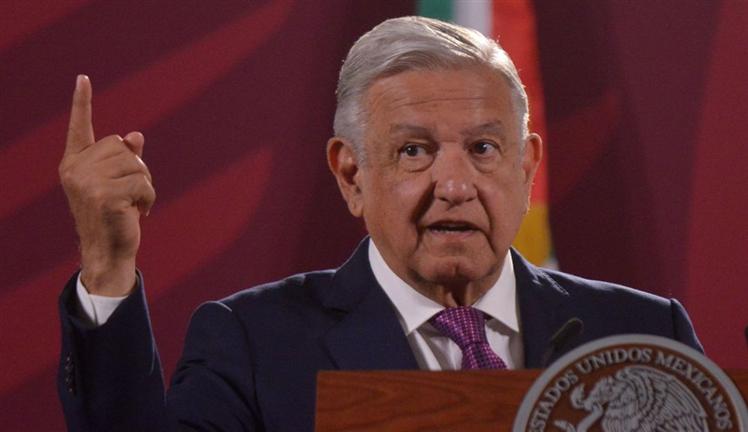 In his daily morning press conference at the National Palace, the President announced that they are investigating the facts and will release the truth as soon as the details are known, but so far there is no information as to why the bodies, still missing, were taken.

He reported that there is sufficient presence of the Ministry of Defense in the Tarahumara mountains, with a lot of organized crime activity, and they patrol the entire area where the two Jesuit priests were murdered.

According to the head of state, versions indicate that at least four alleged criminals were involved. Offering condolences to the community of the Society of Jesus, (the Jesuits), he informed that the objective is to recover the bodies of the three murdered, as there is a tour guide dead, and to capture the culprit, who is fully identified.

In addition, the governor revealed, there are two missing persons, among them the wife of the murdered guide.

In response to a question about statements made by Pope Francis, who regretted the violence in Mexico, he said that, in his case, he has not directly contacted the Vatican, but there are already public servants who have made contact with the Holy See.

The murder of Jesuit priests Javier Campos Morales and Joaquin Cesar Mora Salazar, on Monday in the town of Cerocahui, in Chihuahua, shook the Catholic Church, which had not had such a violent incident since the murder of Juan Jesus Posadas Ocampo, in Guadalajara, in 1993.

The National Security Cabinet and the Secretariat of Security and Citizen Protection, headed by Rosa Icela Rodriguez, confirmed that the main perpetrator of the crimes has already been identified and the investigation is continuing in order to find his whereabouts and not allow impunity.