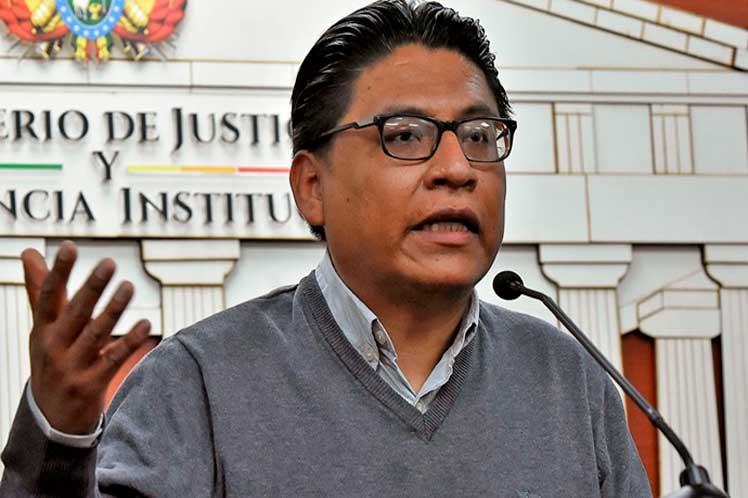 According to the head of state, Mesa is leading a campaign for the appeals court to dismiss the Coup d’Etat II case, for which Añez was sentenced to 10 years in prison on charges of breach of duty and violations to the constitution.

“Political actors are asking him, and dictating to the ear of that appeals court, to annul that trial, that is an interference and a violation of judicial independence and I say it with name and surname to Carlos Mesa and his party leaders,” Lima said.

Along with Añez, other ex-authorities, including high-ranking military chiefs, were tried for the aforementioned charges when he unconstitutionally assumed the presidency after the coup against former president Evo Morales in November 2019.

Mesa is in the eye of the storm for his involvement in the judicial process called Coup d’Etat I, in which together with the former de facto president and the current governor of the department of Santa Cruz, Luis Fernando Camacho, he will have to answer to charges of terrorism and conspiracy.

The process also seeks to provide justice and reparation to the victims of the Senkata and Sacaba massacres, where 38 Bolivians were killed while demanding the return of Morales to the presidency and respect for the country’s democracy and institutions.