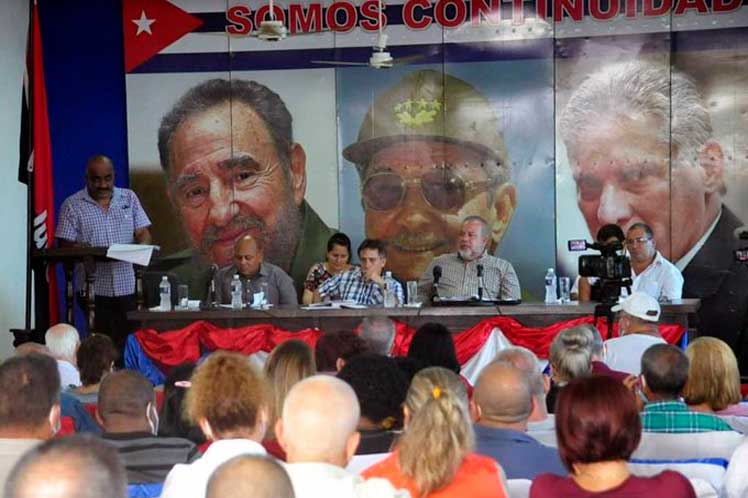 According to the official Twitter account of the Presidency, the head of government referred to “we must deflate the templates and reduce bureaucracy, because it is a burden on the shoulders of the country.”

He also analyzed the main problems of the Matanzas Cárdenas territory and pointed out “Cárdenas has not been able to take advantage, sufficiently, of the potential derived from the proximity of the Varadero tourist pole.”

“It is necessary to look for motivations and new tourist attractions in the cultural order and in the provision of services, which stimulate the entry of visitors,” he pointed out.

In an exchange with the Cárdenas Administration Council, the incumbent learned that there are 16 day care centers in the municipality and more than four thousand pending applications.

At the meeting, the mayor of the town Lázaro Vicente pointed out as priorities of the territory the production of food, the strengthening of the industry, the expansion of the local infrastructure and the development of tourism.

According to the local newspaper Girón, the appointment revealed that there are 6 million debts accumulated in the payment of electricity in the territory and difficulties in the electrification of the water pumping systems, currently paralyzed due to lack of fuel.

On the other hand, the vice president of the Caribbean nation, Salvador Valdés, analyzed the local development strategy of the capital of the territory, suggested strengthening the distribution and marketing chains, promoting a rapprochement with the University of Matanzas and taking advantage of the infrastructure more efficiently. industrial.

With the objective of analyzing the programs for the economic and social development of the territory, this is the fourth government visit to the western province of Matanzas that will last until June 24.