South Africa advocates to strengthen BRICS cooperation in the world 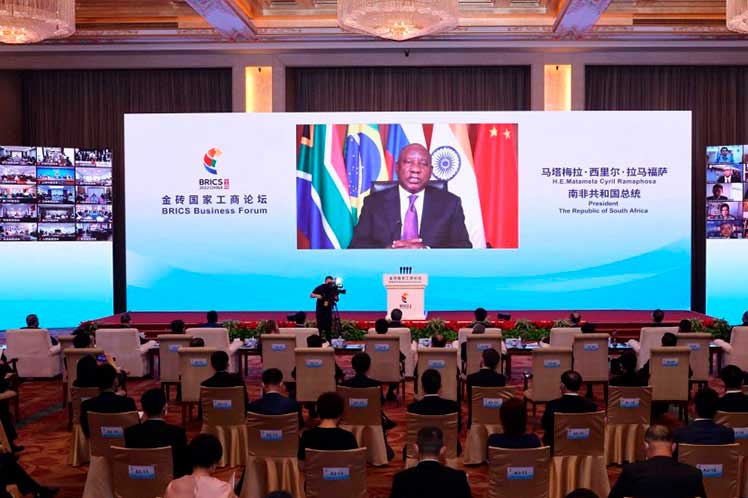 South Africa advocates to strengthen BRICS cooperation in the world

In a virtual speech during the 14th Summit of Heads of State of that entity, which includes Brazil, Russia, India, China and South Africa, the president expressed that BRICS becomes a valuable platform to address the challenges of the global South in association with similar emerging markets .

Ramaphosa, who also advocated establishing a more inclusive, fair and stable international order, pointed out that “we must take advantage of the great potential of our economic association to strengthen trade, investment and tourism” within the integrationist organization.

Our combined economic strength should be a catalyst for sustainable global economic recovery, he stressed.

Later, the president praised the coordinated response of the BRICS member states to face the Covid-19 pandemic, which showed that much can be achieved when working together in a spirit of friendship, solidarity and responsibility.

He exemplified, in this sense, the launching in March of this year of the Vaccine Research and Development Center, which reinforces international cooperation in health and science.

He considered, on the other hand, that it is a matter of great concern that the rest of the world community has not upheld the principles of solidarity and cooperation when it comes to equitable access to vaccines.

In another part of his intervention, the South African president maintained that, in accordance with the principles of foreign policy, South Africa advocates dialogue and negotiation for the peaceful resolution of conflicts throughout the world.

The BRICS group Summit takes place in a context marked by the rise in fuel and food prices on a global scale, following the sanctions imposed by Western countries against Russia.