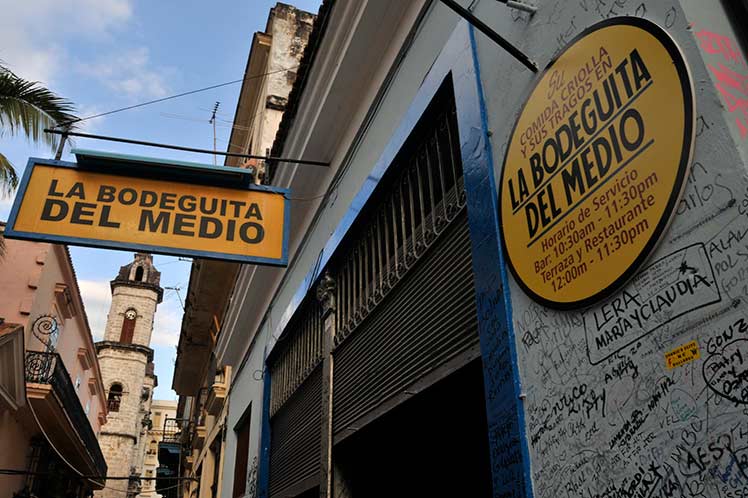 Just one sentence by the Nobel Prize winner in 1954, “My daiquiri, at the Floridita; my mojito, at La Bodeguita”, was enough to eternalize in that corner of Old Havana the quality and good taste of Cuban cocktails, especially that mixture of white rum, sugar, lime juice, mint and sparkling water. 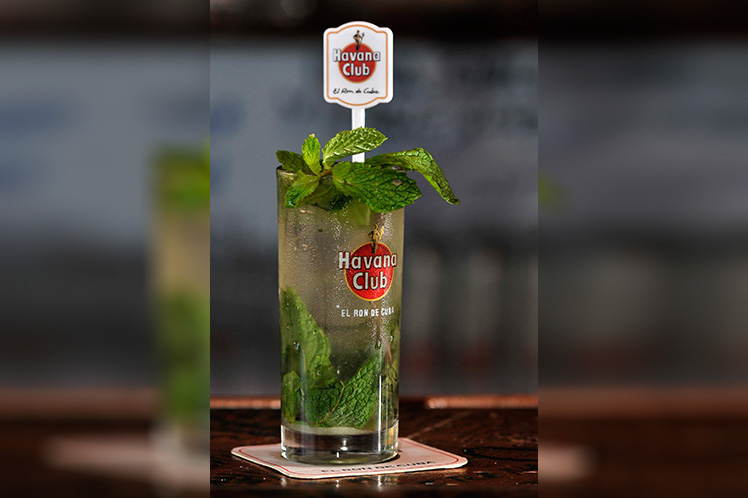 The visits of the writer are legendary, along with writers and artists of the time, who enjoyed meeting at the bohemian venue to discuss the utopias and setbacks that troubled the intelligentsia.

History also speaks of the seasoning of Doña Argelia, wife of the owner of the place, and mentions Nicolás Guillén, Pablo Neruda, Brigitte Bardot, Julio Cortázar, Mario Benedetti and Geraldine Chaplin among those who came to verify the rumors that the best black beans and pork in the city were cooked there.

And apparently the myth is true. La Bodeguita has been nominated by the Academy of Restaurant Industry Awards of the United States as one of the 50 best restaurants in the world.

In its small lounge there are mementos of poets, musicians, sportsmen, politicians and scientists of international recognition. Personal objects, photographs and signatures on the walls testified to their presence and revealed an old and charming tone that even made one suppose they were there laughing and talking.

Repairs to the building required the erasure of these signatures, but somehow the legend is eternal and the heritage resists time. Foreigners and city dwellers insist on including La Bodeguita in their itinerary and, when they leave, they try to preserve in their palate that singular taste of its native food and legitimate mojito.

But demand made the sortilege cross borders in the eagerness to take Cuban culture to other lands. The then Casa de Martínez, built in the 1940s, is now a registered trademark with branches in cities in Mexico, Australia, Macedonia, Ukraine, the Czech Republic and Lebanon.

The initiative to build similar houses around the world builds a bridge of friendship and exchange among nations and contributes to promote Cuban history and customs, which the aforementioned US novelist enjoyed for more than 20 years and exalted in his work.

At the age of 80 —which will be celebrated this April 2022—, these verses by Guillén, our National Poet, are a fitting tribute to the center that witnessed so many declarations of love, confessions of friends, outbursts and drunkenness, a source of inspiration and connivance, where mojitos and traditional food taste the best.

That in triumph waves its banner in the air

Whether it is Bodegona or Bodeguita

Havana rightly boasts of it

Let him who pays well do well there

He will not fail to take care of himself

The cup on high, while Puebla intones,

His song, and Martínez rushes

Tidal waves of añejo, from another zone.

Here’s to history repeating itself

And because it is already La Bodegona,

Never cease to be La Bodeguita.