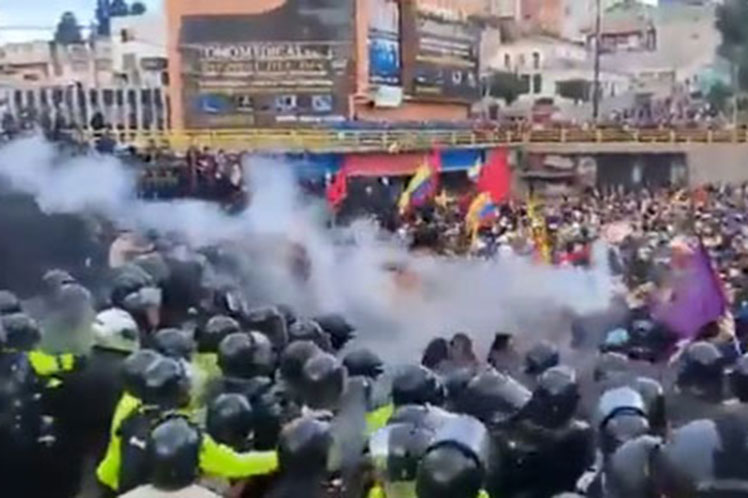 Writers, poets, journalists, actors, professionals and cultural workers signed a manifesto in view of the national situation in the face of the protests initiated by the indigenous movement and social sectors last June 13, with national, territorial and indefinite character.

The social strike is based on a 10-point agenda proposed by the Confederation of Indigenous Nationalities of Ecuadorean employment generation, prohibition of illegal mining, attention to agriculture, funding for education and health, respect for collective rights, rejection of privatization and effective fight against insecurity.

“Indigenous peoples and nationalities constitute a social force, the foundation of our history, whose imaginary and artistic forms permeate the cultural practices of broad sectors of the Ecuadorian people and are a decisive factor in the preservation of Ecuador’s identities and future,” the statement reads.

It goes on to point out that the protests of these days, arising from the communities and provinces and spread throughout the country, show the deep dissatisfaction not only of the native communities as key players of social life, but of the whole population, affected by the blows of an excluding and inhumane economic policy.

The signatories witness the police and army repression of the demonstrators, with a toll of several deaths, dozens of wounded (some seriously), children attacked with tear gas and hundreds of people arbitrarily detained.

In this line, they specify that the police forces invaded the Ecuadorian House of Culture, which they rejected as another dictatorial action of the Executive led by President Guillermo Lasso.