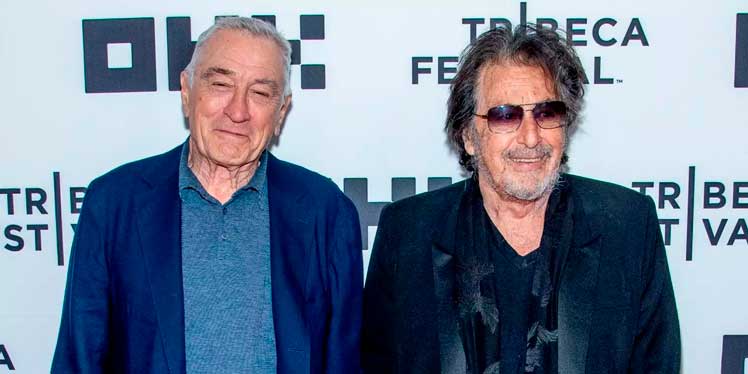 Washington, (Prensa Latina) Among the top box-office hits during the weekend of February 25-27 was one that did not feature superheroes nor similar mega-production formulas. It wasn't even a premiere, but a feature film that this year marked half a century on the screen: The Godfather.
Share on facebook
Share on twitter
Share on whatsapp
Share on telegram
Share on email

The iconic film, presented by Paramount Pictures in 156 movie theaters to honor its 50th anniversary, collected $970,000 in three days, more than $6,000 per theater, the best average of all movies available these days.

Although audience figures don’t necessarily indicate a film’s quality -in fact, many times the two concepts are divorced-, in this case such numbers confirm the high values of a work highly revered by experts and audiences alike.

Not surprisingly, several events held in recent months paid tribute to the masterpiece directed by Francis Ford Coppola based on the namesake novel by Mario Puzo, including the Oscar Awards ceremony and the Tribeca Film Festival.

It was at the Tribeca Film Festival that Al Pacino and Robert De Niro met once again on June 16 for a special screening of The Godfather, premiered on March 14, 1972 and restored to mark its five decades.

Pacino was a young and almost unknown actor when he became Michael Corleone, the son of powerful mafia boss, Vito Corleone (Marlon Brando), who at the beginning intends to stay away from the organized crime world and later comes to head the powerful family and its turbulent business.

He returned to play his acclaimed character in the second part (1974), in which De Niro masterfully played young Vito, and in the third (1990), with which his participation in one of the most successful trilogies in the history of film wound up, even if many people against the last one.

The first movie caused a huge sensation for its vibrant way of recreating the mafia world in the 1940s and 1950s, through memorable performances, a script perfectly written by Coppola and Puzo, strong images and scenes that became references for productions that followed.

In the movie, which mixes violence, betrayals, power struggles and complex relationships between parents and children, Nino Rota’stouching music also stands out, invariably registered on the lists of best film soundtracks.

Far beyond recent tributes to The Godfather, the anniversary has also been a perfect excuse to bring to light many of the problems and tensions experienced in its production, ranging from organized crime threats to the studio’s doubts about hiring actors, such as Pacino and Brando.

These and other issues are included inThe Offer, a 10-episode series launched in April by the Paramount+streaming service that is based on how producer Albert Ruddy remembered the stormy process of turning the epic mafia atmosphere written by Puzo into a film.