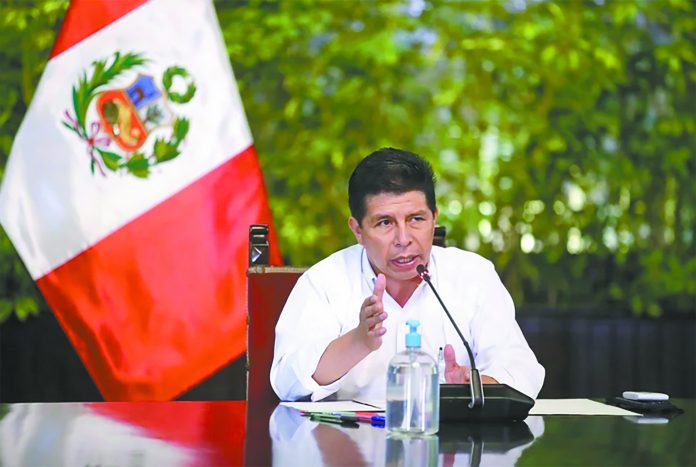 Flanked by two other defenders of the president, Espinoza said that the withdrawal and the reasons for it had been communicated early in the morning, despite the fact that until a few days ago the president agreed to receive at the Government Palace the Congressional Oversight Commission, under the control of radical opponents.

He added that the commission has incurred in clear actions affecting the impartiality, due to its eagerness to blame the head of State, who had accepted to testify, making it clear that the parliamentary group has no competence to investigate him and neither can it duplicate an investigation being carried out by the Public Prosecutor’s Office.

The defender cited as an illegal advance of opinion statements made by the president of the commission, Héctor Ventura, in the sense that the investigating group already has proof of the guilt of the governor and is only waiting to take his statement, in order to present the final report of the investigation.

Furthermore, he said, Castillo made it clear that the investigative group is not competent to investigate a president, according to the Constitution, but he accepted the summons to testify because of a good relationship between the Executive and Legislative powers, but in view of the attitudes of the commission, he refuses to be executed instead of receiving justice.

According to him, Castillo wanted to answer the questions in writing, as authorized by the Constitution, but the commission rejected the request and demanded to interrogate him in person, which indicates that he wanted to “put on a show”.

The head of the commission accused the president of running away, which Espinoza rejected, and claimed that he did not receive official notification of the withdrawal, so the group walked to the palace for the meeting.

Castillo’s lawyers showed the press the notification canceling the meeting, a copy with proof of receipt, and insisted that the commission was only looking for show.

Instead of arriving at the side door for visitors, the group went through the main door, reserved for the head of state and for official ceremonies, and a member of the guard pointed out that the visit was not scheduled, so they had to retrace their steps.

When asked about Castillo’s trip to the central Andean region of Huancavelica, Ventura reacted upset and said that “it is a lack of respect to the country, he is dishonoring his word and is not telling the truth”.

Mexico: package of measures against inflation is working successfully

Mexico: package of measures against inflation is working successfully