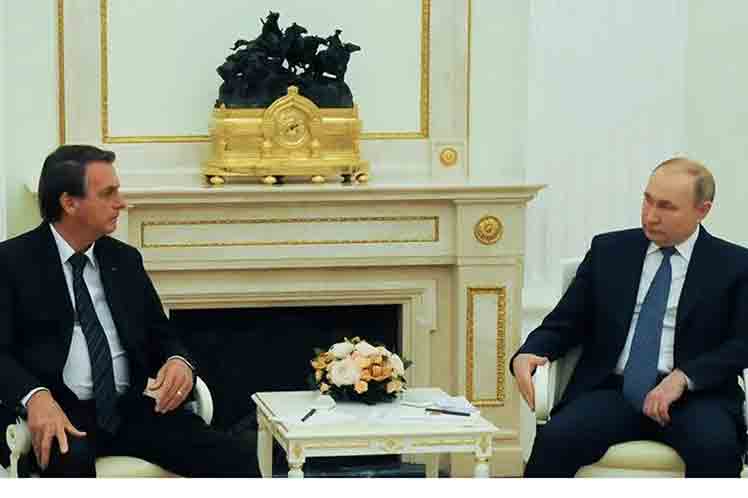 In the context of global food security, “Vladimir Putin emphasized that Russia is committed to fulfilling its commitments to ensure uninterrupted supply of Russian fertilizers to Brazilian farmers,” the content of the note referred to by the site states.

Brazil and Russia are members of the Brics group, together with India, China and South Africa, as an intergovernmental economic-trade association of five rapidly developing countries.

On June 23, Bolsonaro called for a reform of the United Nations, especially in the Security Council, within the framework of the opening of the XIV Brics Summit.

“We must join efforts in search of the reform of international organizations, such as the World Bank, the IMF (International Monetary Fund) and the United Nations system, especially its Security Council,” the former military officer in his brief speech in virtual format said.

He pointed out that “the growing weight of emerging and developing economies must have due and deserved representation”.

He also praised the Brics, calling the group “a model of cooperation based on gains for all parties involved”.

He insisted that Brazil orients its foreign policy towards the socioeconomic development of the country and “of our partners, and it is necessary to be attentive so that the diplomatic exercise always remains focused on the major objective of producing prosperity and peace”.

In May, Brazil defended a peaceful and negotiated solution to the conflict between Russia and Ukraine, in a virtual meeting of the foreign ministers of the Brics countries. According to a statement from the Foreign Ministry, at the meeting the Government “called for an urgent search for a solution to the humanitarian crisis”.

It also stressed “the need to respect international law and the principles of the UN Charter”.