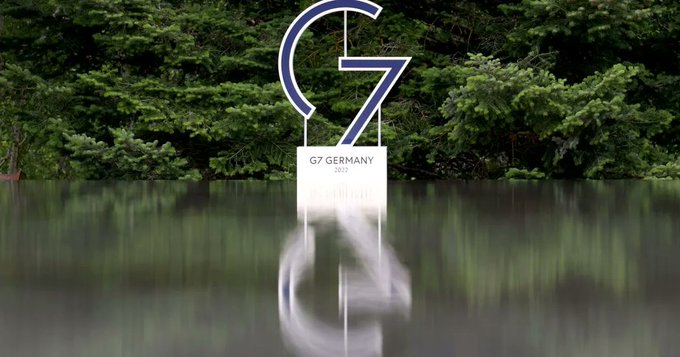 The conclusion of the meeting, at the Schloss Elmau castle in the German Bavarian Alps, was more of the same on economic issues, with the focus on Moscow over the conflict in Ukraine.

The leaders aimed for a front to back those sanctions as long as necessary, and said they would consider far-reaching measures to limit Russian oil revenues thrugh il sales. The final statement from the meeting in Germany highlighted the intention to impose serious and immediate economic costs on the Slavic nation.

However, they lacked key details of the operation, in practice, of the oil price cap, so discussions will be held in the coming weeks to explore measures that would prohibit the import of Russian crude above a certain level.

This could affect a key source of Moscow’s revenue and, in theory, would help alleviate the rising energy prices and inflation rocking the global economy as a result of the geopolitical situation, they acknowledged.

In addition, they agreed to ban imports of Russian gold.

However, to be effective, it would have to involve as many consuming countries as possible, especially India, where refineries buy cheap Russian oil, which was rejected in the West.

The G7 also agreed to increase by 4.5 billion dollars the aid to countries affected by food shortages, paradoxically generated by its own sanctions against Russia.

In contrast, according to international statistics, the amount that these nations have spent on military equipment in the context of the conflict in Ukraine exceeds 30 billion dollars.