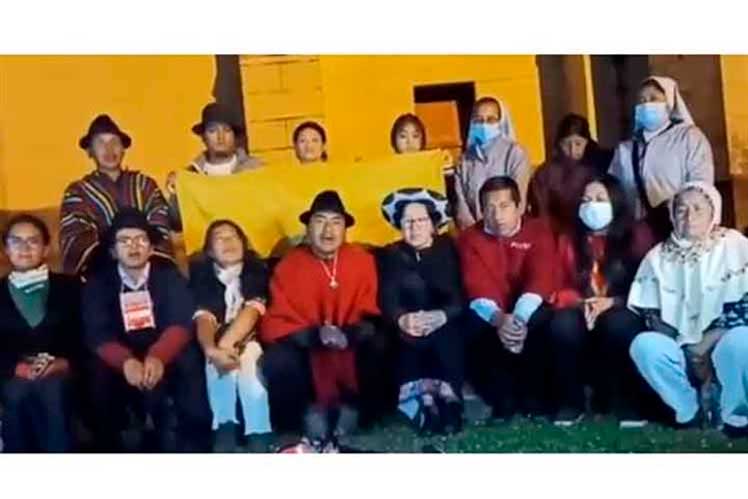 In a short video broadcast on social media, Iza said that he has received threats, so he has expressed his concern to international Human Rights organizations and democratic states.

“The lives of many are at stake here. I have received threats and I do not think it is fair to try to bend a mobilization, a right, which has never been for vandalism, but for answers that allow us to move forward,” he stressed.

The indigenous leader also asked Pope Francis, whose messages on Ecuador he defined as encouraging, to intercede to guarantee the process of dialogue towards pacification due to the mobilization and in view of the position of the national government, which does not allow to advance and conclude the talks, he said.

The protest of the indigenous movement and other social sectors began on June 13 and (today is the 17th day), nationally, territorially, for an indefinite period, waiting for answers from the government to 10 issues raised by the CONAIE a year ago on demands of most Ecuadorian people.

Reducing the prices of fuel and basic food basket products, respect for the 21 collective rights, guaranteeing an adequate budget for health and education, free access to universities, attention to small farmers in crisis aggravated since the Covid-19 pandemic are part of the agenda.

Other demands are related to the popular condemnation of the privatization of strategic sectors and mining in protected areas and areas of settlement of indigenous communities, the request for credit and the moratorium on debts.

Federation of Trade Unions of Lebanon to address strike

Federation of Trade Unions of Lebanon to address strike