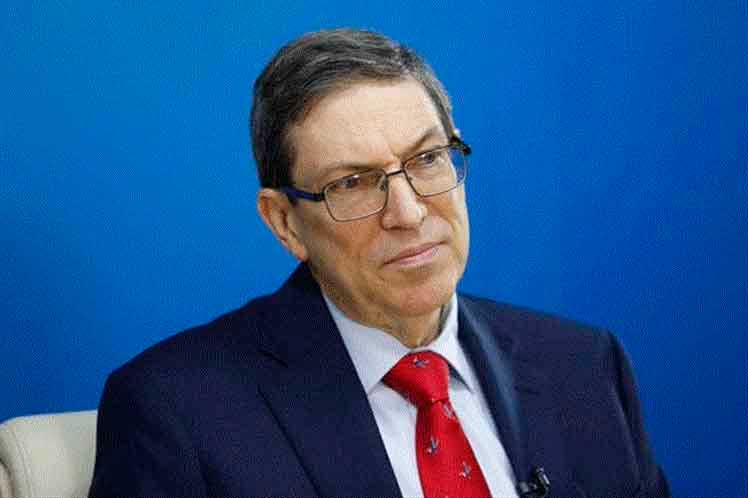 Havana, Jun 29 (Prensa Latina) Cuban Foreign Minister Bruno Rodriguez on Wednesday described the US human rights record as deplorable, in response to a message from the US Secretary of State on the sentences for the July 11 riots in Cuba.

On his Twitter account, Rodriguez wrote: “with its deplorable human rights record, the US government and its Secretary of State should refrain from judging Cuba and other countries with fabricated legends and crude slanderous campaigns.”

The US Secretary of State, Antony Blinken, questioned the sentences issued by Cuban courts against those who participated in acts of vandalism and against the constitutional order in those riots.

Cuban Deputy Foreign Minister Anayansi Rodriguez said that Secretary Blinken should stop “fabricating lies” against Cuba and deal with the flagrant violations of human rights in the US.

Washington, she said, should urgently address the crisis of gun violence, including in schools, the cruel and degrading treatment in prisons, with a marked racial bias, and stop the recurrent use of sanctions and other coercive measures against countries that do not follow its interests and dictates.

In addition, he said that the United States should immediately lift the blockade against Cuba, “which is a massive, flagrant and systematic violation of the human rights of the Cuban people”.

In view of the July 11 riots in several Cuban cities, Cuban courts have issued sentences for more than 300 people for crimes of sedition, sabotage, armed robbery, violence, assault, contempt of court and public disorder.

According to Cuban authorities, the events were encouraged from abroad by the implementation of strategies of the so-called unconventional warfare and the result of the tightening of US coercive measures against Cuba amid the Covid-19 pandemic.