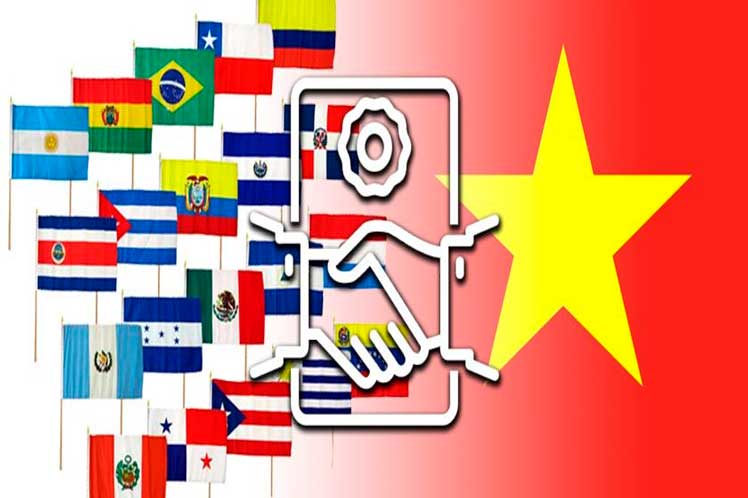 Exports between January and June were around $185.94 billion, up 17,3 percentage points from the same period last year, while imports reached $185.23 billion for a comparative rise of 15,5%.

This result allowed Vietnam to tilt the trade balance in its favor and achieve a surplus of 710 million dollars.

According to the same source, 28 of the exported items were able to invoice more than one billion dollars each, which represented 90,6% of the total value of sales, while 30 items were imported with a similar value, equivalent to 87% of the overall volume of purchases.

The agency of the Ministry of Planning and Investment also announced that in the first half of the year, the Consumer Price Index (CPI) grew 2,44%, compared to the same period in 2021, and core inflation increased 1,25%.

Oil and gasoline prices in the domestic market increased 54,92% due to the increase in global fuel tariffs, and construction materials rose 7,81 percentage points, while the value of educational services decreased 2,86%.

The cost of essential consumer goods and services also rose due to the strong recovery of the domestic economy, increased demand and exports, and higher input and transportation costs, among other reasons.

Regarding the core inflation recorded in Vietnam in June, the VNA news agency said, the source specified that there was an increase of 0,44% compared to the previous month, and warned about the increase of this figure in the remainder of the year.