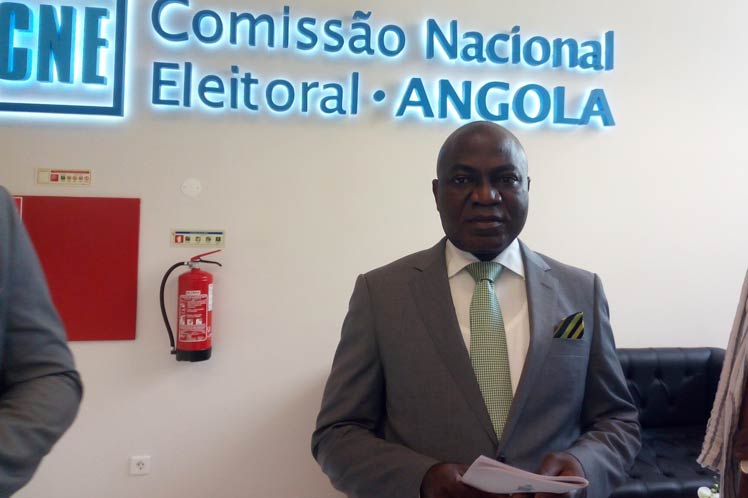 At the end of the meeting, the spokesman of the institution, Lucas Quilundo, told the press that the regulations are in accordance with the modifications to the organic law of the general elections, subscribed in 2021 by the National Assembly (unicameral congress).

According to Lucas Quilundo, the manual will constitute a very useful practical tool, especially for the thousands of citizens, who will be in charge of the direct work in the polling stations, where the delegates of the concurrent political parties, whose rights and duties also appear in the document, will also be present.

As he explained, the compendium includes from general aspects of the legislation to concrete guidelines on the installation of the voting tables, the opening of the ballot boxes, the counting of the ballots, the scrutiny and the elaboration of the corresponding minutes.

After finishing the public contest, the electoral authorities are engaged in the selection of the members of the voting tables, who will be trained with the use of the manual, the spokesman indicated.

He clarified that for the moment it is not possible to print the ballots either, since the NEC must wait for the validation of the candidacies, a responsibility in the hands of the Constitutional Tribunal (CT).

According to the CT, seven parties and a coalition, composed by five political forces, are participating in the contest, which will allow the selection of the deputies to the Parliament, including the occupants of the presidency and vice-presidency of the Republic, for a five-year term.

More than 14,399,000 Angolans are registered in the official electoral roll, among them, some 22,500 residents abroad, according to the NEC report.

The last general commissions, held on August 23, 2017, granted the triumph to the Popular Movement for the Liberation of Angola, with 61.08 percent of the votes.