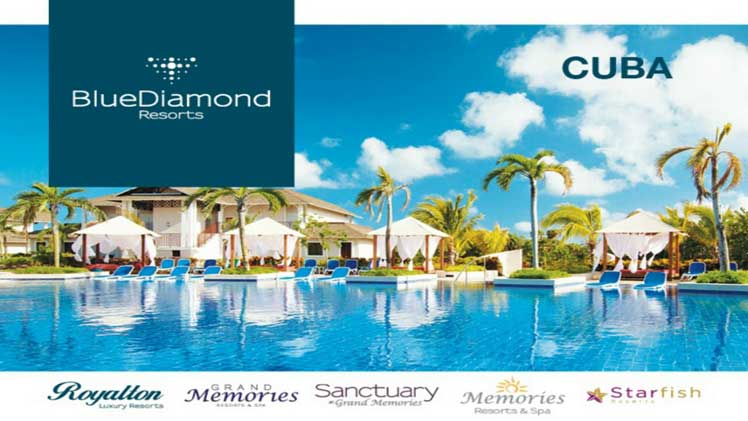 The digital media Buenviajeacuba, reflected on Thursday that within the next decade, Blue Diamond Resorts (a hotel company belonging to the Canadian group Sunwing) will manage 11 establishments in Cayo Largo del Sur, a paradisiacal islet in the western region of Cuba.

During this period, Blue Diamond will reach 1,348 rooms in Cayo Largo.

The information was released at the Sunwing Loves Cuba event that took place in Canada which gathered several executives of this tourist group, press and travel agents.

The specialized publication Travel Pulse also reports that Cuba is the largest travel destination for Sunwing, the tour operator is also an important source of visitors for Cuba.

Blue Diamond expanded its presence in Cuba to become the second hotel chain present there.

They said that Cayo Largo is an incredible destination, well known in Quebec and they are very happy to relaunch it with their offers.

For his part, Fawzi reported that they plan to build a 250-rooms hotel that will operate under the upscale Royalton brand and adapt existing facilities to other labels such as Grand Memories, Sanctuary at Grand Memories, Memories and Starfish.

The largest hotel, which will operate as Starfish Cayo Largo, will have 307 rooms.