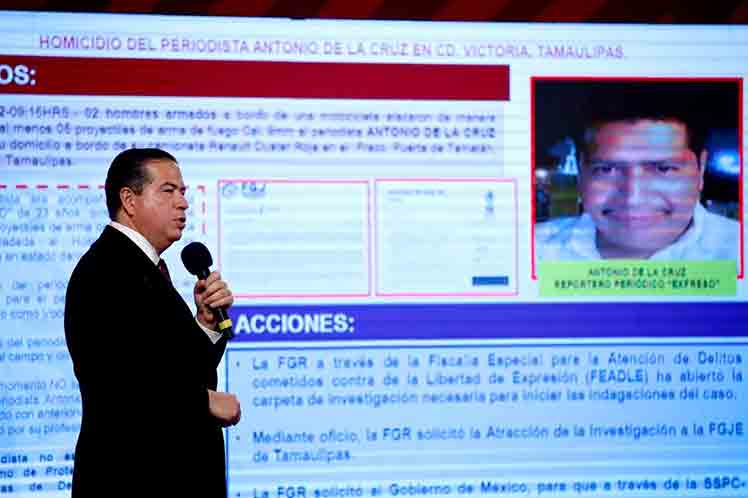 He pointed out that Cynthia, the daughter, is hospitalized and her mother was not at the scene of the crime, as many media reported yesterday.

In the morning press conference at the National Palace, as every Thursday on the subject of violence and organized crime, the official gave these details and confirmed that the Attorney General’s Office of the Republic (FGR) had asked for the case that occurred yesterday in Ciudad Victoria, Tamaulipas to be passed on to him.

This decision, explained President Andres Manuel Lopez Obrador, was due precisely to the fact that the journalist, although dedicated to agricultural information, was very critical of the state government, headed by Francisco Javier García Cabeza de Vaca, accused of links with organized crime, to the extent that he is under an order banning him from leaving the country.

However, he is protected by the governor’s immunity and, in addition to not having been prosecuted, he continues in his position as head of the state of Tamaulipas and, of course, rejects all the accusations.

Lopez Obrador said that the case is being thoroughly investigated and that he expects conclusions to be reached quickly.

He also clarified that when the Attorney General’s Office ordered the case to pass into his hands, the governor did not resist, he accepted it and condemned the heinous crime. Some journalists at the press conference recalled the rather shady background of the local governor and the criticisms made by De la Cruz.

Mejia Berdeja also clarified that in six months of this year 10 journalists have been murdered in the country and not 12 as some media claim, since there are two deaths that are not linked to the profession.