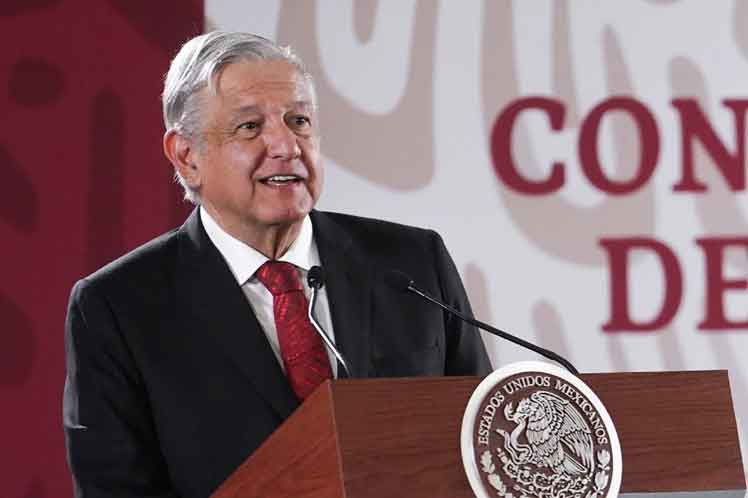 In his morning press conference at the National Palace, the president thus responded to a question from a journalist about covering vacancies.

He said that the commitment of his executive is that all Mexicans have the care of general practitioners and specialists, and “that is why we are going to bring them from Cuba, whose people and government we thank for their solidarity, it is a brother nation,” he reiterated.

The president reiterated that “in this first stage there will be 500 and there is already experience of the quality of their work because they were in Mexico during the Covid-19 pandemic, but we are going to need more because the deficit is large, and we will also hire from other countries. as we need to have them in all hospitals.

That is my commitment, health for all in the first place and breaking with all the evil of those corrupt, conservative, retrograde governments, which left the country without doctors and are responsible for the fact that in Mexico we do not have the doctors and specialists we need, he said .

He described that situation as an absurd policy, for profit even in health, and said that the privatization of that important sector turned it into a market to the point of making people’s health a mere commodity, as they did up to a certain point with the education.

He estimated that they will never recognize this pettiness, and urged his opponents to explain the real reasons why they rejected medical students.

He demanded that his enemies “leave aside the lying arguments that it was because they did not pass the entrance exam, or why more were rejected than accepted in medical schools and faculties, just like in nursing”.

Cubans, he reaffirmed, always help and act in solidarity and we hope that with their presence and that of other countries we will have time to train Mexican specialists because we have already doubled the space in medicine and nursing schools, mainly specialties, and we now exceed 20 thousand.

We came to the conclusion that in Mexico we are going to guarantee the required programs by creating a public health system to attend those who do not have social security, which is more than half the population, compatriots without insurance, said the president.

He added they should have health centers and hospitals with doctors and specialists all the time, and not like until now when there was a doctor only from Monday to Friday, and only in the cities, and you couldn’t see yourself or get sick on Saturday and Sunday because you didn’t there were no professionals, nor outside the cities.