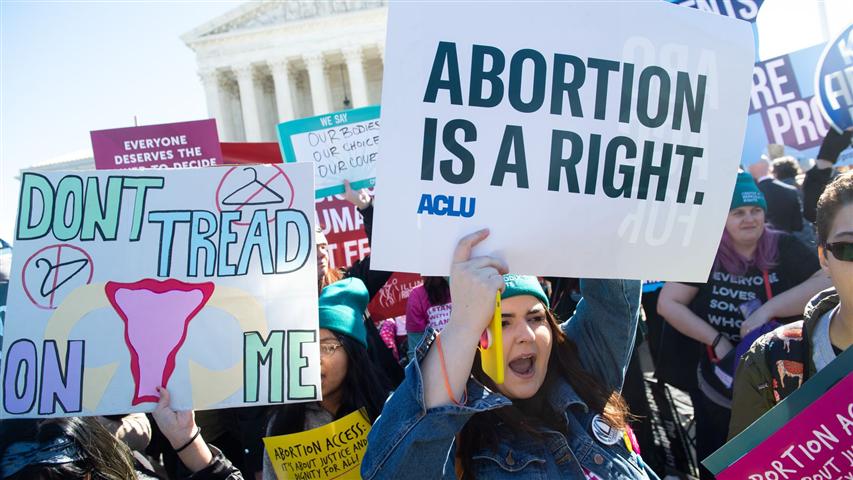 Havana, (Prensa Latina) The Supreme Court of the United states gave a turn to extreme conservative views prior to its summer break with the announcement of at least three controversial decisions, whose political, social and economic connotations will impact millions of people in the country.
Share on facebook
Share on twitter
Share on whatsapp
Share on telegram
Share on email

On June 24, the Court made its most dramatic decision in US life in decades by overturning the 1973 Roe v. Wade ruling, which legalized constitutional abortion rights at the time.

But “after almost 50 years, the same Court, in an unprecedented move, has just put an end to this right,” Doctor Rosemari Mealy told Prensa Latina. Mealy called the elimination of women’s power of choice over their bodies “very dangerous”.

In states with “trigger laws” (automatic activation laws)abortion has already been prohibited, and in the next few hours and days Republican lawmakers will push to criminalize it even further, she said.

This decision may lead to ban that medical procedure in half of the US 50 states.

According to The New York Times, the same day of the ruling, nine states had vetoed abortion.

A research by Planned Parenthood, a medical organization that provides pregnancy termination services, warned that nearly 36 million women in reproductive age will be deprived of that right after the decision.

“It’s a clear risk for the health of all women, especially for black women, who will be disproportionately affected by the lack of access to health care and racial inequalities in terms of wealth,” Mealy added.

In her opinion, with this announcement the issue was included in the mid-term elections campaign scheduled for November.

Without a doubt, the Court –made up of nine justices, six conservative and three liberal-showed how close they are to certain political positions with their last verdicts.

In a country where there are more shootings than days of the year, the top tribunal made the decision on June 23 to declare unconstitutional a more-than-a-century-old New York state law dealing with the carrying of hidden firearms in public spaces.

Two days before, it ruled to shorten the separation between the Church and the State by allowing public funds to be used to maintain religious schools, a questionable conclusion since it’s a society that has proclaimed its secularism since its establishment.

“It’s an extreme and dangerous road that the Court is now taking us down,” President, Joe Biden, commented shortly after the ruling on overturning Roe vs. Wade. He warned that the “conservative majority shows how extreme it is.”

The court encourages social unrest in a nation broken by polarization, the incendiary political rhetoric worsened during Donald Trump’s presidency (2017-2021), unlimited violence, anti-democratic riots and a mismanaged Covid-19 pandemic that killed more than one million people.

Why Roe vs. Wade?

-In 1969, Norma McCorvey, under the pseudonym Jane Roe, challenged Texas laws on abortion, which was then prohibited because it was not in the Constitution, except in cases where the mother’s life was in danger.

-McCorvey, single and 25, was pregnant with her third child when she claimed she was raped and presented her case in court; however, the plea was rejected and she was forced to carry the pregnancy to term.

Her appeal reached the U.S. Supreme Court in 1973, where her case was heard along with that of 20-year-old woman Sandra Bensing from Georgia.

-Both said that abortion laws in Texas and Georgia were against the Constitution because they violated a woman’s right to privacy.

-By a 7-2 vote, justices decided that governments didn’t have the power to prevent it and ruled that a woman’s right to terminate her pregnancy was protected by the Constitution.

USA for prolonging conflict in Ukraine to maintain its hegemony

USA for prolonging conflict in Ukraine to maintain its hegemony