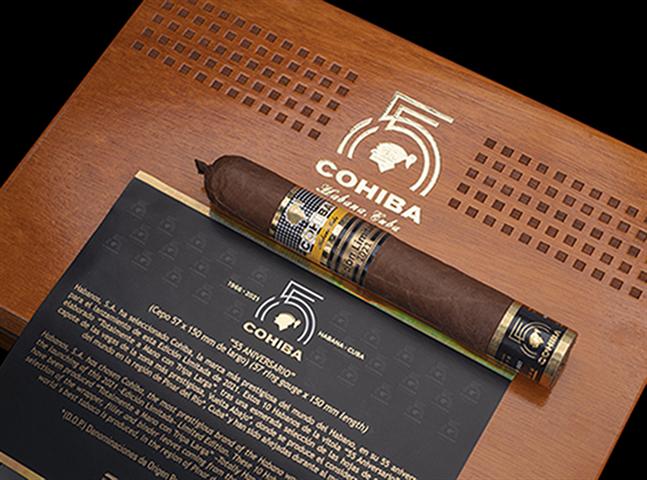 The report, distributed on Wednesday, adds that the celebration was held simultaneously in Hong Kong, Singapore, Malaysia, Thailand, Vietnam, Cambodia and Japan.

The Pacific Cigar Corp., exclusive distributor for Asia-Pacific of Habanos, S.A., held an event in honor of the 55th anniversary of the most emblematic and exclusive premium tobacco brand, Cohiba.

The event featured the new Cohiba 55th Anniversary vitola Limited edition (57 by 150 millimeters in diameter), and was held in a hybrid format with face-to-face meetings in the seven markets mentioned above.

In honor of the brand’s anniversary, only 55 lucky people were able to attend each of the in-person events and have the privilege of enjoying the Cohiba 55 Anniversary Limited edition, a unique experience, the organizers emphasized.

The CEO of The Pacific Cigar Company, Dag Holmboe, said that there is no better vitola than Cohiba 55 Anniversary Limited edition to commemorate this iconic date.

He emphasized that with its excellent combustion and smoke, the most passionate cigar lovers will be able to enjoy a Habano with a medium to strong strength that pairs perfectly with the best 25-year-old extra-aged rums.

This event is part of the celebrations Habanos, S.A. is holding to commemorate the 55th anniversary of its most prestigious brand, which will end with a grand gathering in Havana next September.

Habanos, S.A. Corporation is a world leader in the marketing of Premium cigars both in Cuba and the rest of the world. To that end, it has an exclusive distribution network present in the five continents and in more than 150 countries (www.habanos.com).

Havana cigars have been made entirely by hand for more than 500 years and have been a reference for the entire planet ever since, the statement said.