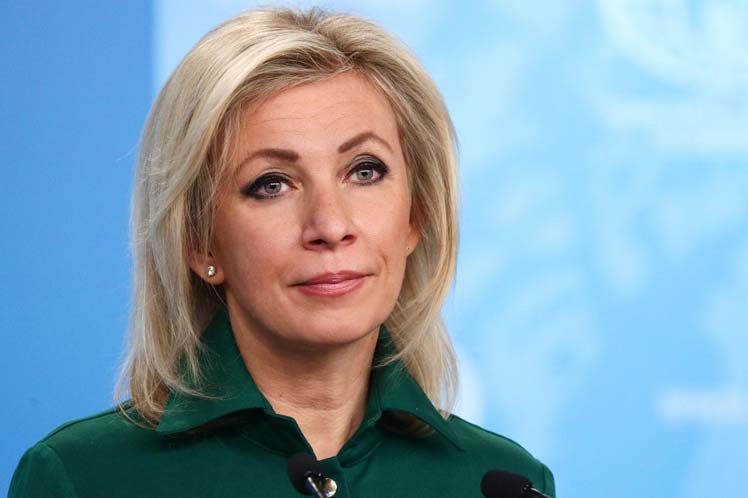 Moscow, Jul 6 (Prensa Latina) The spokeswoman for the Russian Foreign Ministry, Maria Zakharova, said today that the United Kingdom forgot its internal problems by focusing all its efforts on countering Russia and participating in the fighting in Ukraine.

The comment made by the diplomat on the Telegram social network comes in the wake of the resignation, announced the day before, of British Health and Finance Ministers Sajid Javid and Rishi Sunak, respectively.

The Russian Foreign Ministry spokeswoman said this determination is not surprising, as “London far from worrying about its own affairs, is engaged in generating large financial expenditures, arming British mercenaries, instructors and key forces of the intelligence services to support Kiev in the conflict with Moscow”, she detailed.

This Tuesday, the headlines of the United Kingdom announced his resignation because he disagreed with the leadership of British Prime Minister, Boris Johnson.

In this regard, Zakharova recalled, citing Javid’s resignation letter, that he left office for conditions of “an unprecedented scale of problems in the field of health and social security”.

The Russian diplomat’s assertions are further supported by a YouGov poll, published today, where 69 percent of Britons favor Johnson’s resignation, in light of the scandal related to the appointment of former Deputy Foreign Secretary Christopher Pincher to a new post, despite reports of sexual harassment.

In this situation, in less than 24 hours a number of ministers other than the Minister of Health and Finance left their posts, such as the Secretary of the Treasury, Rishi Sunak, and the head of Children and Family Affairs, Will Quince.

Last week it emerged that the former deputy foreign minister had drunkenly harassed two visitors to a London club. Several politicians claimed that Johnson appointed Pincher to the post with knowledge of similar incidents.