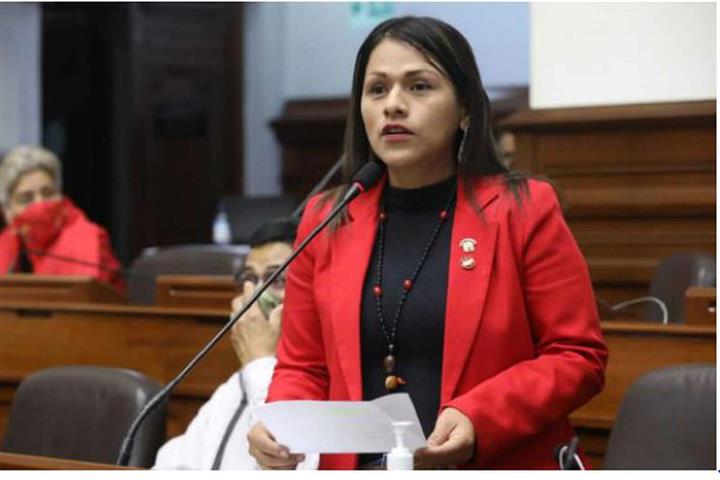 Congressmen Silvana Robles, Ruth Luque and Guillermo Bermejo rejected the bill to return to bicameralism and the consequent reestablishment of the Senate and pointed out that it hides dozens of constitutional changes favorable to the interests of the right wing.

Robles pointed out that the partial reforms that the parties Fuerza Popular, Renovación Popular and Avanza País and allied center forces, reflect an obsession to modify the Constitution at their convenience and with their backs to the population.

He pointed out that, at the same time, this project includes the reelection of congressmen, despite the fact that in a referendum less than four years ago, 96% of the voters rejected bicameralism and the reelection by a law approved by the Congress of the Republic, of conservative composition, entailed.

He indicated there is a component of convenience of the legislators who support the project, since they aspire to seek reelection.

The main promoter of the reform is legislator Patricia Juárez, who claims that the changes proposed will strengthen the political system.

Congresswoman Luque warned that the text, which has been reworked in search of consensus, once finished must be thoroughly reviewed and submitted to public scrutiny and not be approved behind the backs of the citizens.

For his part, Bermejo pointed out the right-wing paradox of demanding more than 50 changes to the Constitution for the sake of the project, but they refuse to even debate a progressive project of calling for a referendum on the convocation of a Constituent Assembly.

He also noted that the debate is a waste of time because the project will not achieve the votes required for its approval, instead of dealing with issues such as the massification of the use of natural gas or the citizen security crisis, among other urgent issues.

Cuba thanks support from Colombian legislators

Bolivia and Peru discuss on port after signing an agreement

Cuba thanks support from Colombian legislators

Bolivia and Peru discuss on port after signing an agreement