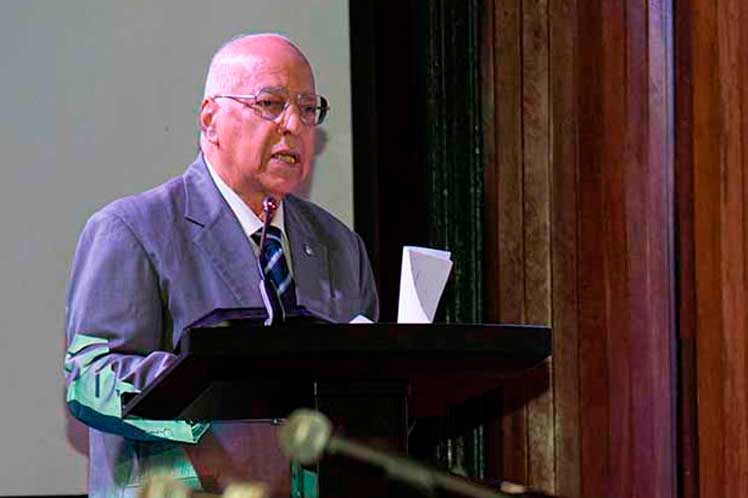 Havana, Jul 14 (Prensa Latina) Mexico's repeated support in the fight for ending the economic, commercial and financial blockade imposed by the United States on Cuba was praised on Thursday at the opening ceremony of the Cuba-Mexico Business Forum to be held in Mexico.

Before more than 100 Mexican businessmen and 150 Cubans, Cuban Deputy Prime Minister Ricardo Cabrisas heaped praise on Mexico’s favorable vote at the UN General Assembly for the Resolution condemning the US blockade.

He also highlighted cooperation and supportive aid provided to the Cuban people amid harsh times, actions that have made it easier for mutual trade to be one of the best in Latin America.

Cabrisas recently recalled President Andrés Manuel López Obrador had expressions and proposals that strengthen bilateral relations, in addition to a dignified and courageous stance on Latin American unity and integration as he decided on not participating in the Summit of the Americas in solidarity with Cuba, Venezuela and Nicaragua, nations not invited to the event.

Ricardo Cabrisas stressed that Mexico is a friendly country that, due to its geographical location, agro-industrial development, technological progress, progress in knowledge and trade policies, is considered as an important trading partner.

Mexico, Cabrisas pointed out, is one of the nations with greatest investment experience and tradition in Cuba, with 11 businesses in operation, three of them based in the Mariel Special Development Zone and broken down into four international economic associations, five joint ventures and two wholly foreign-owned companies (WFOC).

We hope the existing potentialities between the two countries materialize in new and important agreements between Mexican and Cuban companies, said Cabrisas.

This is a golden opportunity to strengthen bilateral economic, commercial, financial and cooperation relations, and give continuity to the agreements reached by both presidents in their respective official visits, for the benefit of their peoples and nations, Cabrisas stressed.