Protests continue in Panama, despite agreements with the Government 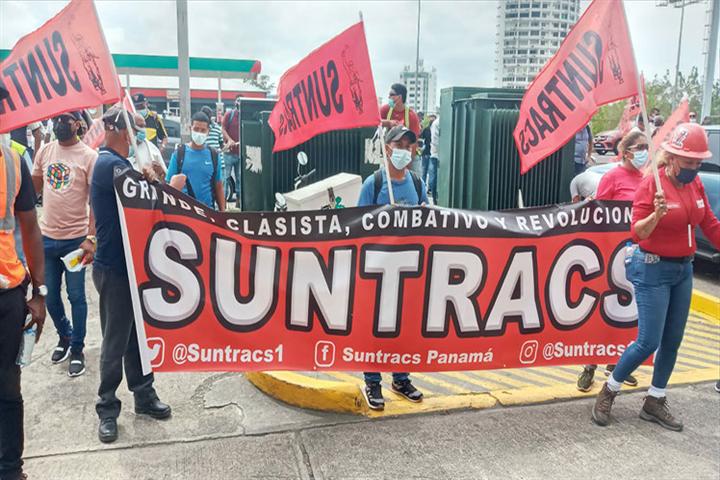 Protests continue in Panama, despite agreements with the Government

Panama City, Jul 17 (Prensa Latina) Road closures and demonstrations in various regions of Panama against the high cost of living continue today despite some agreements with the Government.

Authorities and the National Alliance for the Rights of the Organized People (Anadepo) of the western province of Veraguas confirmed a better reduction than the one offered by the Executive in the price of fuel, one of the main claims of the groups on strike in the streets for two weeks now.

The talks advance this Sunday and will focus on the prices of food and medicines, however, the blockade of routes that connect the capital with the rest of the isthmus continue and shortages of agricultural products in several markets are already noticeable.

The day before, a government delegation and Anadepo representatives agreed to lower the price of gasoline to $3.32 per gallon (3.78 liters), a figure lower than the $3.95 initially offered by the Laurentino Cortizo administration.

The spokesman for that group, Luis Sánchez, said that roadblocks will not be lifted until the government also lowers the price of some 40 products in the basic food basket and medicines.

For their part, in the capital, the leaders of the People United for Life alliance, another of the protagonists of the strike, rejected actions that could cause fractures in the unity of popular movements.

In a statement to the country, the group’s spokesman and general secretary of the Panama Teachers’ Association, Fernando Ábrego, questioned why Anadepo began negotiations without having all the actors fighting in the streets.

In this sense, he urged to achieve the immediate lowering of the basic basket and medicines, as well as the supply of the pharmacies of the Social Security Fund and the Ministry of Health.

That is why he considered that the most recent negotiation of Anadepo exposed the gigantic effort of the population to an unnecessary fracture with those who fight in the streets but were not present at the talks.

In the same way, he ratified that tomorrow, Monday, July 18, the entire country would be paralyzed with street blockades demanding the establishment of a single dialogue table with the Executive, among other claims.