The United States is increasingly polarized 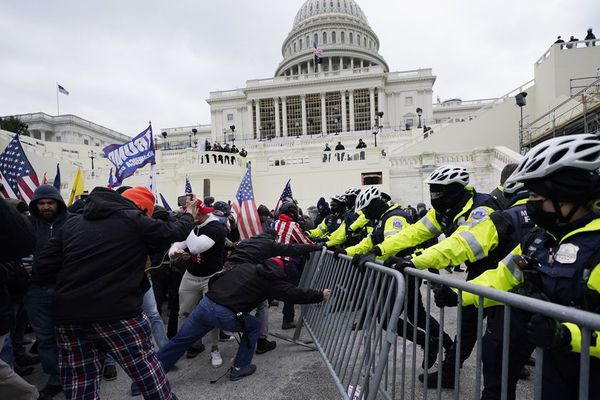 The United States is increasingly polarized

Washington, Jul 17 (Prensa Latina) A series of violent threats against US Congress members have raised deep concerns about risks to some political figures´ security amid an increasingly polarized national environment.

One of the most recent incidents occurred less than a week ago as an individual was busted for allegedly threatening to kill Rep. Pramila Jayapal (D-Wash), who leads the Congressional Progressive Caucus.

According to the law enforcement, officers arrested the suspect on the street outside Jayapal’s home in Seattle on the night of July 9, holstering a gun in his waistband.

A neighbor told police he had heard the man yelling, “Go back to India, I’m going to kill you”, and saw the suspect´s vehicle drive past Jayapal’s residence about three times as he shouted dirty words.

The 48-year-old suspect was released Wednesday after police failed to prove veracity of alleged intimidation, the Seattle Times reported.

By early-July, Rep. Adam Kinzinger III, one of two Republicans serving on the House select committee investigating the January 6, 2021 attack on Capitol, shared letters and voicemails threats sent to him. “Hope you die naturally as quickly as possible.” “We´re going to protest in front of your house this weekend. We know who your family is and we´re going to kill you” and “We´re going to take your wife and your children.”

The Capitol storming, considered an attempted coup, reminds citizens that the United States is not immune to the kind of political violence that is relatively common in some parts of the world, according to The Hill newspaper.

On his Twitter account, Kinzinger posted a video compiling the harassing communications and wrote that the violence threats have risen sharply in recent years.

Rep. Mary Gay Scanlon (D-Penn), on the other hand, ascribed this new trend not only to former President Donald Trump, who was well known for promoting violence at his rallies and continues to promote lies about the 2020 election. She also links such a trend to the Republicans in Congress who continue defending former president and his actions regarding the Jan. 6, 2020 insurrection.

“Everybody gets threats these days, and it’s made worse by the fact that some of our members do not condemn political violence, particularly when it’s referred to the Capitol, Vice President, and to the Speaker of the House,” she warned.

“I just arrived in 2018, and threats have always been in relation to former president,” she added. “Certainly, we saw a hardening of public dialogue, a willingness to launch baseless accusations that Trump supported,” she said, commenting this has been a model of behavior that former president set as a (bad) example to the country.