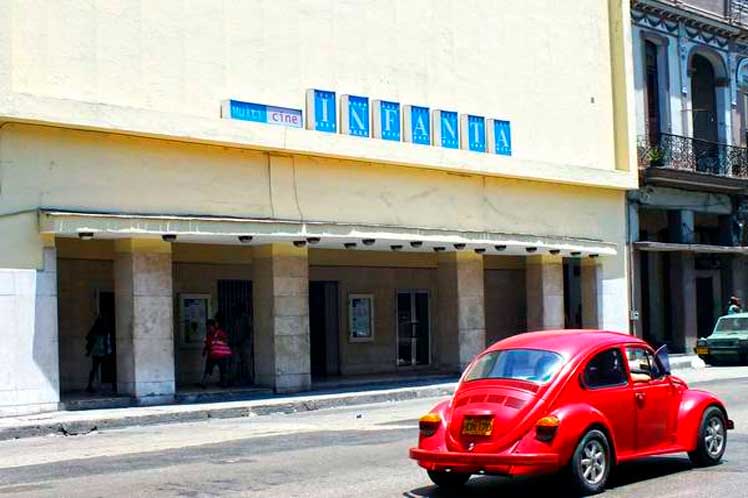 Havana, Jul 19 (Prensa Latina) A selection of international films is part of the catalog of the film series Teen Affairs, which will take place in Havana from July 20 to 24 as part of the Summer Film Festival.

The big screen of the Sala Uno of the Multicine Infanta will screen films such as Respira, by Mélanie Laurent; La (des) educación de Cameron Post, by Desiree Akhavan; Trash. Thieves of Hope, by Stephen Daldry; Sparrows, by Rúnar Rúnarsson and La edad de la peseta, by Pavel Giroud, according to Cubacine.

In charge of opening the screening, the drama by French filmmaker Laurent proposes an approach to that much-talked-about age between childhood and youth, starred by Joséphine Japy, Lou de Laâge and Isabelle Carré, protagonists of the story of Charlie and his first love: Sarah.

Meanwhile, the film by American film-maker Akhavan is about the life of a young woman forced by her family to attend a therapy center to change the sexuality of young homosexuals, a production that won the 2018 Sundance Film Festival’s Best Film award.

Meanwhile, the British film directed by Daldry takes place in the favelas of Rio de Janeiro, Brazil, where the discovery of a wallet in a landfill changes the lives of the boys Rafael and Gardo, played by Rickson Tevez and Eduardo Luis.

Moreover, Rúnarsson’s Icelandic drama, winner of the Golden Shell at the 2015 San Sebastian, Spain, is about the initiation story of a teenager whose life takes a 180-degree turn when he has to move to his father’s house in the West Fjords region.

Alicia and her 10-year-old son Samuel return to the home of the child’s maternal grandmother after the young mother’s last failed love affair, which causes a storm of contradictions to which the child tries to adapt, while the needs and changes of character typical of age emerge, according to the film’s synopsis.