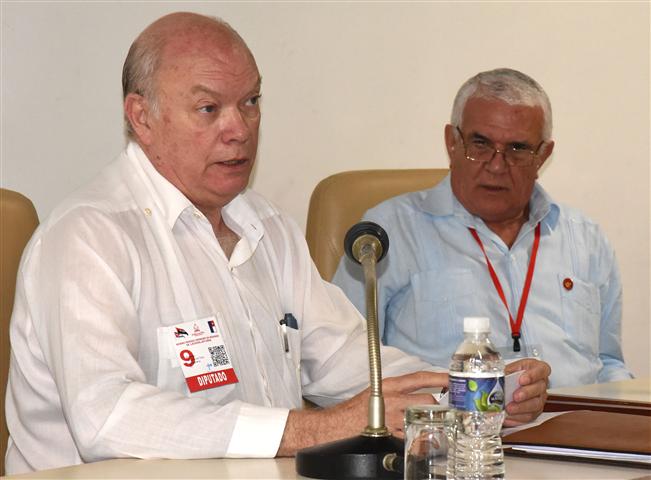 The minister of Foreign Trade and Foreign Investment explained to the lawmakers at the Economic Affairs Committee of the National People’s Power Assembly (Parliament) the actions implemented after the body’s accountability to the legislature last December.

In this sense, he pointed out that the efforts have been aimed at solving the difficulties inherent in the preparation of officials to face these processes, the quality of the negotiations and the agility to carry out the procedures and everything related to the implementation of the investments.

Malmierca specified that in the first half of this year, nine businesses with foreign capital were approved, one of them in the Mariel Special Development Zone (ZEDM).

They are mostly small, with a capital of around 20 million dollars, the minister pointed out, adding that they correspond to Cuba’s priorities: food production, mining, industry, wholesale trade, construction, computing and telecommunications, and biotechnology.

The inclusion of projects with low investment within the country’s portfolio of opportunities is one of the lines of action on which we continue working, said Malmierca, who recalled that the aspiration is to do business that contributes to municipal development.

Specifically within the elements that are updated in the investment policy with foreign capital, he commented that they value granting sovereign guarantees for certain agreements that are of high interest to the nation.

Currently those who bet on Cuba do so at risk, but there are businesses that are of great importance and for which it is possible to support partners, he explained.

The minister added that aspects related to the participation of foreign capital in private businesses are also in the process of being defined, where some experiences could soon begin.

In the same way, they advance in the guidelines for a possible foreign investment in wholesale and retail trade in the country.

Improving the operation of the single window and taking it to the municipalities is another of the actions in which the ministry is working, Malmierca said.

He also informed there are 57 projects under negotiation with conditions to materialize, which could occur in the space of a year and commit a capital of almost five billion dollars.