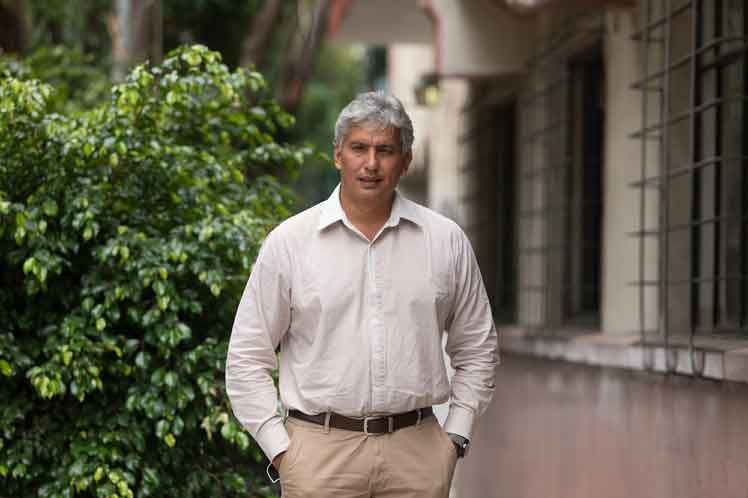 Mexico City, Jul 20 (Prensa Latina) Cuba continues to be at the forefront in the development of medical treatments for the benefit of mankind, especially in diseases such as Alzheimer's and Parkinson's disease.

It is also willing to transfer its technologies to other nations on a non-profit basis, as has always been the motto of the Cuban Revolution.

In an interview with Héctor Vera Cuesta, director of the International Center for Neurological Restoration (CIREN), conducted during his visit to Mexico by La Jornada newspaper colleagues Carolina Gómez and Laura Poy, the scientist informed about the superior development of new technologies for the treatment of neurodegenerative diseases such as Alzheimer’s and Parkinson’s disease and other illnesses.

He explained that based on a molecule discovered by Cuban scientists from CIREN, and the advance represented by the substance NeuroEPO, neurons are prevented from continuing the process of degeneration and the quality of life of patients is improved.

The Cuban neurologist, an expert in medical genetics, adds that the results in Parkinson’s and Alzheimer’s patients have been “spectacular”. The study began with Parkinson’s patients and they detected that this substance improved their motor condition, but much more the cognitive part.

In addition, he said that it is one of the molecules “that is going to be the talk of the world. We recently published a joint article with the Center of Neurosciences of Cuba, which confirms, with a well-developed statistical analysis, that it is effective. There is no doubt about it.

CIREN has also developed technological and therapeutic innovations for neuronal regeneration, including care for patients with epilepsy, sleep disorders, addictions, such as smoking, and recently for post-Covid sequelae.

For three decades, the Center has conducted neurological restoration programs aimed at addressing the sequelae of diseases affecting the nervous system, and it did not take much work to adapt to post-Covid care.

Successful treatments against Alzheimer’s and Parkinson’s and other neurodegenerative diseases, as well as the development of anti-covid vaccines are success stories from Cuba to the world.