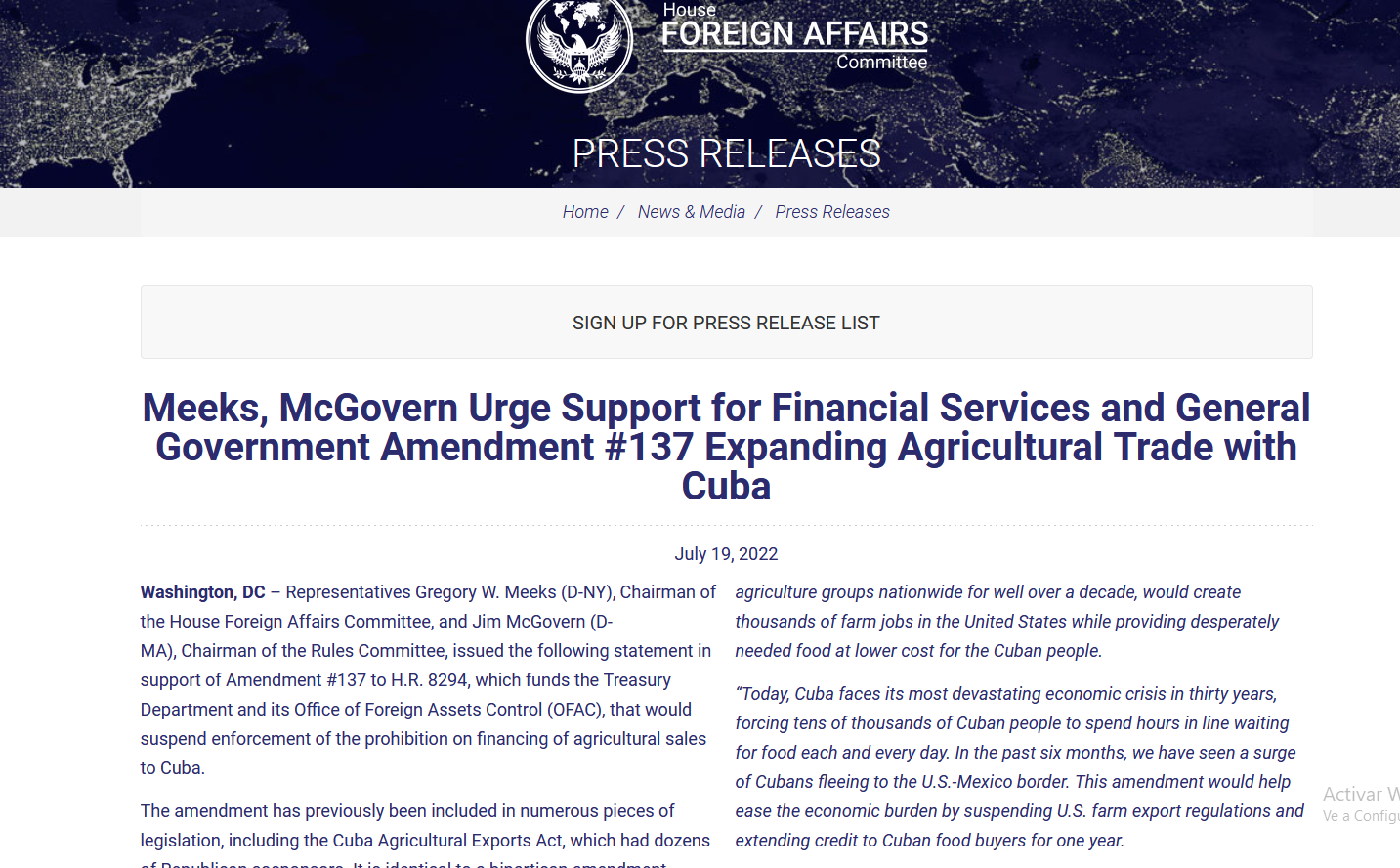 Washington, Jul 20 (Prensa Latina) Legislators from the United States seek to lift their government's ban on financing agricultural exports to Cuba and advocate expanding trade in that sector.

The proposal is supported by both parties and farm groups across the country because it would create thousands of jobs in the United States and provide needed food at lower cost to the Cuban people, Meeks and McGovern said in a statement.

The congressmen warned about the scarcity situation in Cuba, exacerbated by Washington’s economic, commercial and financial blockade.

The amendment would help alleviate the economic burden by suspending regulations on the export of agricultural products from US territory and would extend credit to Cuban food buyers for one year, the politicians explained.

They pointed out that given the complex panorama in Cuba, it is the right time to enact a temporary suspension that would provide new opportunities to expand US exports to a market of 11 million people.

We are hopeful that the two parties can come together once again and support this win-win proposal, they said.

The amendment has previously been included in other legislative projects, including the Cuban Agricultural Exports Act, which had dozens of Republican cosponsors.

US farmers visited Havana last April for the Third US-Cuba Agricultural Business Conference and expressed their willingness to do whatever is necessary to improve bilateral trade.

In 2000, Washington announced an exception to the blockade against Cuba by allowing the sale of food, but denying credits, for which the Cuban Government is obliged to pay in cash for products purchased from northern farmers.

The proximity between the two countries could cut shipping prices, unlike what happens when Cuba must buy from Europe or other regions.