Cuba to relaunch foreign exchange market, including US dollar 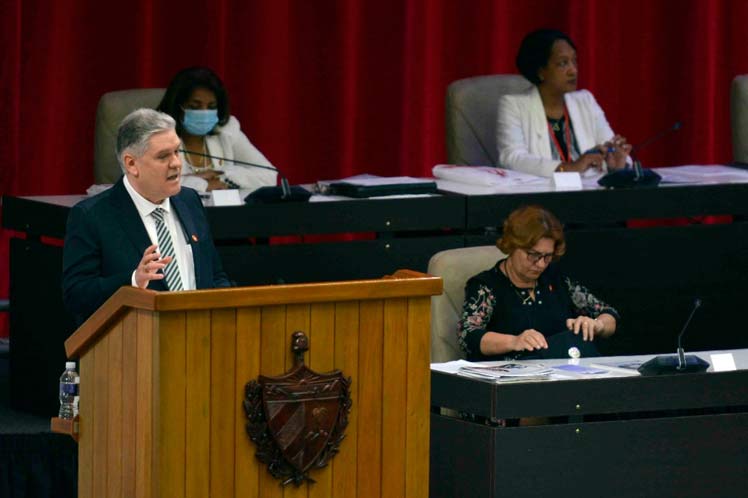 Cuba to relaunch foreign exchange market, including US dollar

Deputy Prime Minister and Minister of Economy and Planning Alejandro Gil told members of the Cuban Parliament that the measure is adopted in view of the signs of economic recovery, considered irreversible, so that the country is in a position to implement the purchase and sale of foreign currency with an “economically based exchange rate.”

He explained that they are still evaluating the details of its implementation, but made it clear that the market will work with all currencies, including US dollars in cash, even though the conditions for which it ceased to be accepted in Cuba remain, such as the limitations on its use imposed by the US economic blockade.

Gil added that the informal market operates essentially with dollars, euros and freely convertible currencies, at prices ranging between 115 and 120 Cuban pesos for each of these currencies.

The country is not in a condition to go out to the exchange market backing the current exchange rate of 24 pesos for one dollar, Gil affirmed, but we must face these values in the illegal supply to contribute to the financial balance.

In this sense, it was already announced in May, at the extraordinary session of the National People’s Power Assembly (Parliament), the implementation of a secondary exchange market for state and non-state economic actors.

That action began its implementation, although in a limited manner, according to the Deputy Prime Minister, and its objective was to reduce the impact on prices for the citizens, increase supply, and at the same time advance in the gradual recovery of the purchasing power of the Cuban peso.

“We cannot dollarize the country,” Gil emphasized, therefore anything we do to increase supplies in Cuban pesos is in the right direction.