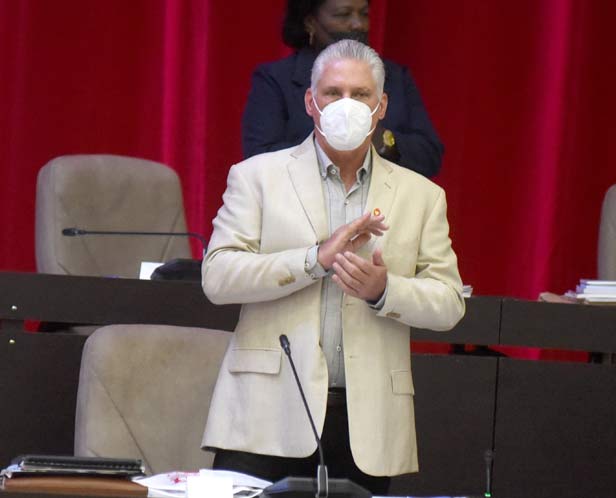 Parliament’s Speaker and Chairman of the Council of State, Esteban Lazo, leads the working day of the legislative body, which is made up of more than 600 legislators.

Prime Minister Manuel Marrero, Vice President Salvador Valdes and other government and state leaders are taking part in the meeting.

Progress, difficulties and results of the economic development in Cuba open the agenda of the ANPP.

Deputy Prime Minister Alejandro Gil, head of Economy and Planning, will report MPs on the subject, particularly with regard to the first half of the year, marked by the strengthening of the US economic, financial and commercial blockade, which has an impact on the whole Cuban society.

The Minister of Finance and Prices, Meisi Bolaños, will refer to the liquidation of the State budget in 2021, while the ministers of Foreign Affairs, Public Health and Industries will update lawmakers on their activities and the most important results in the semester.

During this period of sessions, the People’s Supreme Court and the Office of the Attorney General of the Republic will also give an account on their work, whose reports can be consulted by citizens on the ANPP’s website.

The Cuban Parliament’s website also published the report on the performance of Provincial Government of Granma and the 25th version of the Family Code, documents that will also be presented to the deputies.

Cuban president calls to vote for democracy in referendum

Cuban president calls to vote for democracy in referendum