Three people denounced in Brazil for murders in Amazonia 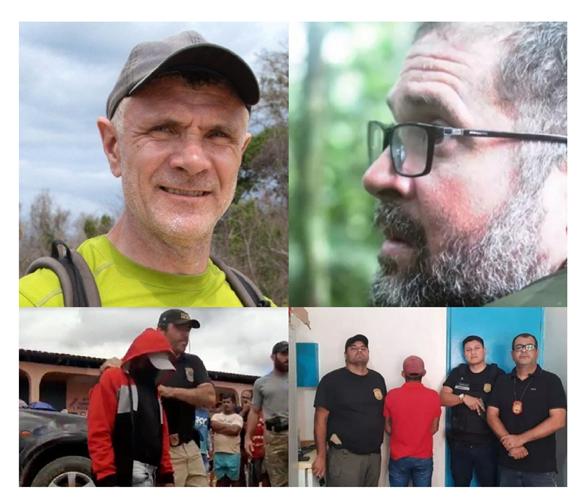 Three people denounced in Brazil for murders in Amazonia

The three remain under arrest and the Prosecutor’s Office understands that they should be tried for double homicide and concealment of corpse.

The complaint was filed before the Federal Court in Tabatinga, a municipality in the interior of the northern state of Amazonas.

According to the Public Prosecutor’s Office, the judge in the case accepted the indictment and in the document sent to the court he argues that Pelado and Pelado da Dinha confessed the crime.

The participation of Dos Santos was mentioned in witness statements.

Phillips, a contributor to The Guardian newspaper, and Araujo disappeared while on a research expedition in the Amazon, in the indigenous land of the Javari Valley.

They were last seen on June 5, when they were passing through the community of San Rafael in a boat.

From there, they were heading to Atalaia do Norte. The 72-kilometer trip was supposed to take only two hours, but they never reached their destination.

The bodies of both men were found on June 15 in an area indicated by Pelado, who confessed to having buried the bodies near Atalaia do Norte, in a remote forest on the banks of the Itacoai River.

On June 24, the body of the indigenous man was cremated in the state of Pernambuco (northeast), in a painful atmosphere marked by native prayers and rituals.

Two days later, the funeral and cremation of Phillips’ remains were held in a cemetery in the city of Rio de Janeiro.

Lula votes in Sao Paulo and asks for peace for Brazil

Lula votes in Sao Paulo and asks for peace for Brazil