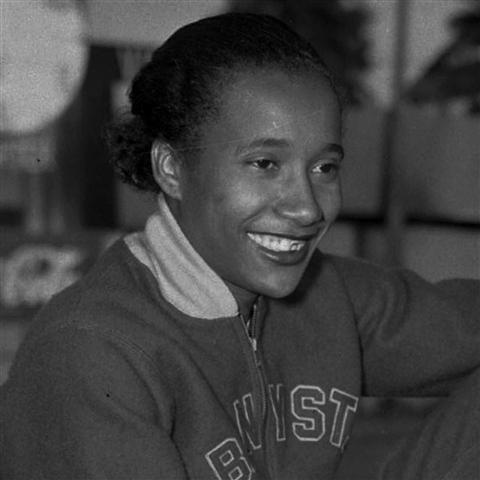 The athlete was a high jump champ at the London 1948 Games, thus becoming the first black woman to win a title at the Olympics.

At the podium the medal was presented to her by King George VI of England himself, the father of the one who still occupies the throne in the United Kingdom: 90-year-old Elizabeth II, a great honor, without a doubt.

When she returned to the US, she was received by President Harry Truman (1945-1953), the infamous president who ordered the atomic bombing of the Japanese cities of Hiroshima and Nagasaki. But at the time, it meant an honor.

A tribute awaited her in her hometown, Albany, where a large caravan was organized to welcome her. However, a regrettable event occurred.

According to racial segregation laws in force at the time in the southern state of Georgia, blacks were not allowed to mix with whites. The city mayor did not even shake hands with the medalist.

Alice Marie Coachman, born on November 9, 1923, came to the top in the British capital after a successful sports career in high jump, in which she won 10 national titles in a row from 1939 to 1948.

At the age of 24, she won high jump with a mark of 1.68 centimeters, ahead of Britain’s Dorothy Tyler and France’s Micheline Ostermeyer.

Those were her only summer Games and many claim that she could have won other Olympic gold medals if two competitions in previous years had not been called off due to World War II (1939-1945).

As a black woman in the heart of racial segregation, Alice, a child and teenager, could not participate in her school’s teams or have access to sports facilities, which led her to run on the roads and use homemade materials to practice jumping.

But her Olympic victory gave her enough to become a reference and example for Afro-descendant athletes of her generation and those who would come later. She died on July 14, 2014.

Identity and dance, part of winning photograph in Cuban contest

Identity and dance, part of winning photograph in Cuban contest