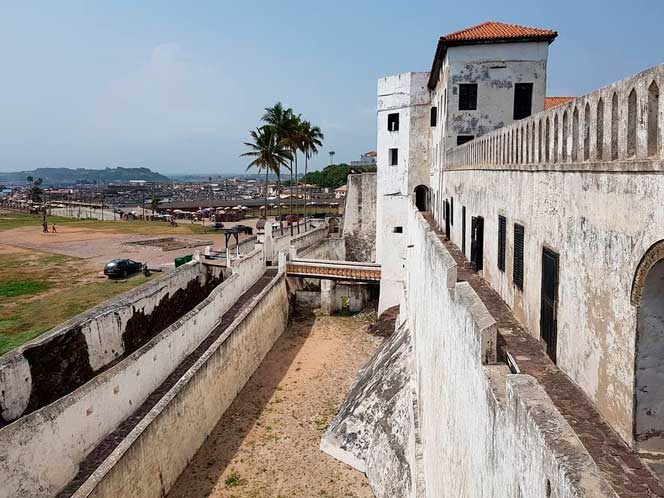 Acra, Jul 25 (Prensa Latina) One of Ghana's most emblematic sites is Elmina Castle, a national monument declared a World Heritage Site by the United Nations Educational, Scientific and Cultural Organization (UNESCO) in 1979.

The facility, built in 1482 by Portuguese colonial rulers in the central region to be initially used as a commercial center in the so-called Gold Coast of Ghana, later became an area to hold and keep African slaves.

History says that hunters caught free men on the continent’s interior sections and sold them to the Portuguese and later to the Dutch, with whom they traded textiles and other goods, such as animals. Later, it was the English who ruled the area.

During a visit a few years ago, this Prensa Latina writer was able to watch the fortress, surrounded by a large number of cannons and peers in the nearby Atlantic Ocean, from where slaves were carried in ships to other parts of the world.

When walking through the galleries of the impressive building, considered the oldest European construction south of the Sahara, some areas that are still preserved stand out. They include the feared female dungeon, isolation rooms, the walls and courtyards.

In the interest of strengthening historic memory, the Ghanaian Government, with UNESCO’s support, recently restored Elmina Castle, from whose upper terraces visitors can watch a landscape of sea waters, boats and fishermen.

Tourists and researchers currently visit the majestic site that, despite its shameful colonialist past, also reminds us of the indigenous African populations that lived around it.

Ghana, a homeland of heroes, such as Kuame Nkruma (1909-1972), treasures other highly valuable heritage fortresses, including the Cape Coast Castle, erected in 1653, and the Ussher Fort in Accra, the country’s capital. (Taken from Orbe weekly)