Future Colombian FM will champinon peace as an essential right 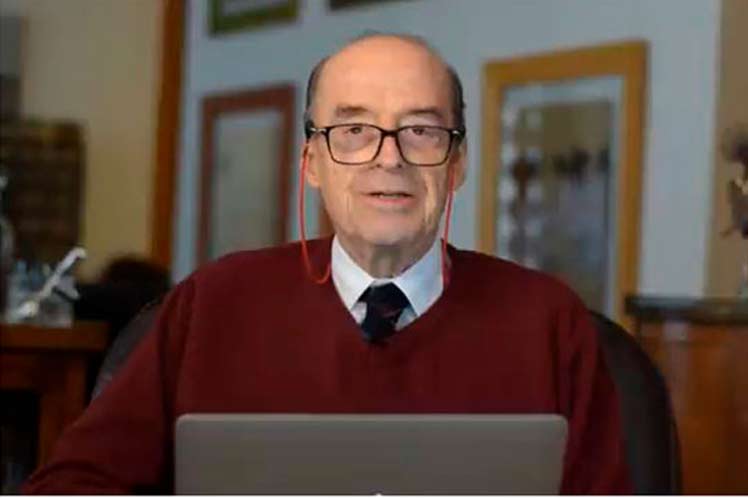 Future Colombian FM will champinon peace as an essential right

Bogota, Jul 27 (Prensa Latina) Foreign Minister-designate Alvaro Leyva Duran, assured today that his mission in the Colombian Foreign Ministry will be to champion peace as an essential right because without it all other rights perish.

The Foreign Ministry and each of its officials will defend other State policies: democracy, dignity of the human person, self-determination of peoples, their independence, he said.

In addition, the fight against corruption, the rights of ethnic groups, women, freedom of worship, respect for differences, and the diverse sexual orientations.

“We will be the champions of the defense of biodiversity and ecosystems, of the seas, forests and jungles of the planet in line with the fight that President (Gustavo) Petro intends to wage with other nations to fight back global warming, thinking about the rights of those who are about to be born”, he stressed.

Last June 25, Petro appointed Leyva Duran as Minister of Foreign Affairs, a prominent politician who is recognized because since the 1980s he has sought negotiated solutions to the armed conflict with the different guerrillas.

He also appointed as ambassador to the UN the Arhuaca social leader Leonor Zalabata Torres, a politician, writer, doctor, chronicler and human rights advocate who has worked throughout her life to improve the political representation of indigenous peoples and to promote and protect their culture.

In addition, the president-elect appointed as Colombia’s ambassador to the United States, Luis Gilberto Murillo, engineer by profession, former Minister of Environment (2016-2018), former governor of Chocó and former director in charge of the Department of the Environment of Bogota during the administration of Antanas Mockus.