Diaz-Canel calls for unity among communist parties around the world 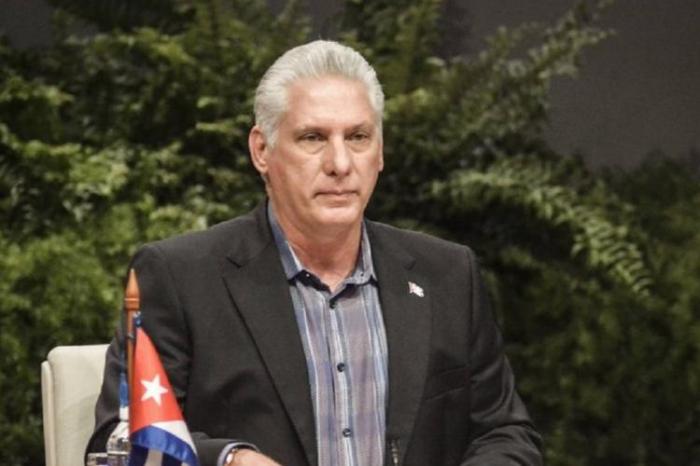 Diaz-Canel calls for unity among communist parties around the world

According to the newspaper, in a message to the International Forum of Marxist Parties, held virtually and organized by the Communist Party of China, the Cuban head of State expressed gratitude for the opportunity to exchange theoretical advances and practical experiences of these organizations.

In the text, read in front of representatives of 109 parties from all over the world by Rosario Penton, rector of the Ñico Lopez PCC Superior School, the head of State stressed that since its emergence, Marxism have given the scientific foundation to the class struggles of the world proletariat and of the international working class.

He pointed out that the objectivity of its postulates is revealed in a particular way in times of crisis.

Diaz-Canel referred in the letter to the mistakes made in the name of the Marxist tradition, the setbacks and deformations; although he highlighted the ways in which Marxism in Cuba merged with the best of the revolutionary national tradition, which had among its highest exponents Jose Marti and Fidel Castro Ruz.

He affirmed that for Cubans, being a Marxist means permanent learning from practice to integrate the development of the social sciences.

Diaz-Canel highlighted the ideas, concepts and guidelines approved in the 8th PCC Congress, and pointed out the three main tasks that have become strategies for partisan work: the economic battle, unity and struggle for peace and ideological firmness.

He pointed out that Cuba is working on the formation of a critical and transforming subject of prosperous, sustainable and democratic socialism, as part of the process of updating its development model.

We are firmly convinced that socialism is the only path to development with social justice as a creative overcoming of capitalism, its unsustainable irrationality and the values that guide it, he added.

Diaz-Canel recalled the positive and negative lessons of other countries that have previously embarked on this path and what it means to be close to and permanently stalking an adversary as powerful as the United States Government.

He denounced the growing aggressiveness of that power against Cuba, as well as the use of perverse instruments of unconventional warfare, the media intoxication laboratories, the disinformation campaign, lies, double standards and hypocrisy, through social networks.

“The reality of today’s world confirms that it is increasingly necessary and urgent for Marxist parties to unite to face the great challenges that lie ahead. Only unity in diversity will ensure victory,” the message concluded.